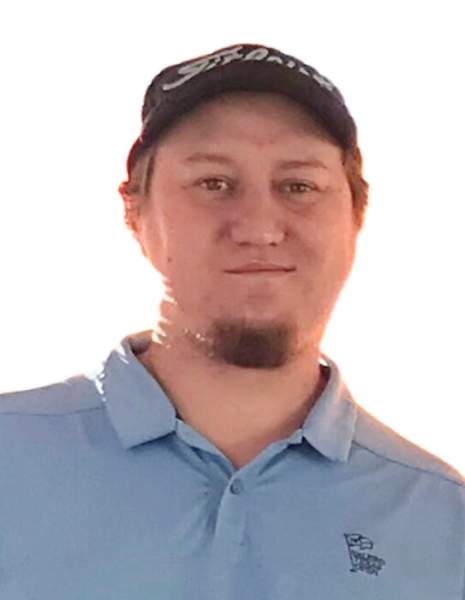 Austin James Vanderbloom, 32, passed away unexpectedly in his Cheyenne, WY home on May 22, 2022.

Austin was born on August 3, 1989 in Denver, CO.  He was the youngest son of Paul and Joanne Vanderbloom.  His early childhood was spent in Lafayette, Colorado where he excelled in ice and roller hockey.  In 2002, he moved to Cheyenne, WY with his family. Austin graduated from Central High School in 2008, where he was a four year letterman on the varsity golf team.

Austin was an avid sports fan, cheering for the Denver Broncos, Denver Nuggets, Colorado Rockies, and the Colorado Avalanche.  He loved playing golf and excelled in competitive golf, including local, state, and out of the country tournaments.  He enjoyed fishing with his son and dad.

He is survived by his 7 year old son, Tiger, whom he loved more than life itself, his mother; Joanne, brother; Bowe, sister-in-law; Angela, nephew; Blake, and niece; Alana of  Peoria, IL, and numerous aunts, uncles, and cousins.

A Celebration of Life ceremony will be held at Cheyenne E-Free Church, 7006 N. College Dr. in Cheyenne, WY on June 11, 2022 at 2:pm.  There will be a brief reception following the service.

In lieu of flowers, please consider a donation to the Memorial Fund for Austin Vanderbloom at Meridian Trust Federal Credit Union P.O. Box 548 Cheyenne, WY 82003.  All proceeds will be utilized for Tiger’s postsecondary education.

Austin’s quirky smile, his witty sense of humor, and his gentle soul will be dearly missed. Rest in Peace, Austin. Enjoy unlimited heavenly golf and hockey games with your Dad!

To order memorial trees or send flowers to the family in memory of Austin Vanderbloom, please visit our flower store.