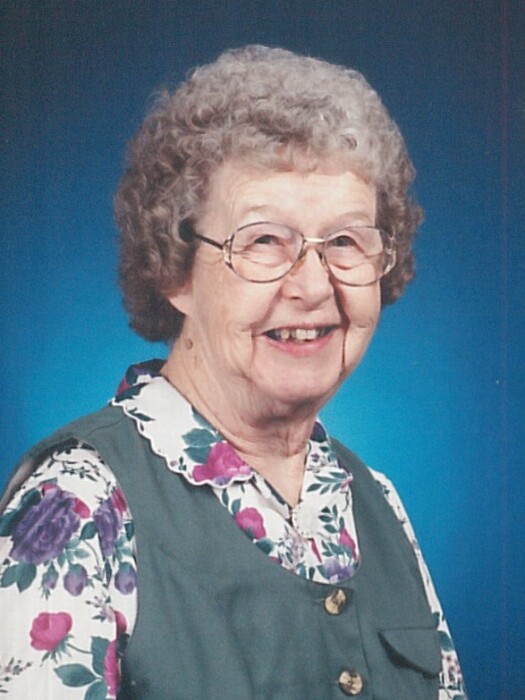 She was born December 10, 1927, at Stratton, Colorado to Robert O. Mewes, Sr. and Mae L. (Fisher) Mewes. They moved to the Nebraska sandhills in 1929 and then to Fairbury, Nebraska in 1940 where she graduated high school in 1946. After working for a year, she attended Bethany Nazarene College in Bethany, Oklahoma, which is now Southern Nazarene University, graduating in 1951.

Evelyn taught school in Nebraska until attending Nazarene Theological Seminary, graduating in 1958. Upon being accepted as a missionary, she went to Portugal for a year of language training, then on to Mozambique where she learned the native language, Shangan.

After completing four tours in Mozambique, the Communists took control of Mozambique while she was in the U.S. on furlough. Evelyn then returned to teaching, teaching for a year in Kimball, Nebraska and then teaching second grade in Medicine Bow, Wyoming for 17 years. While in Medicine Bow, she also did a recipe column in the Medicine Bow Post, which was later made into a cookbook.

After retirement, Evelyn moved back to Cheyenne to be near family and to reunite with her church, which is now call SonRise Church of the Nazarene. She was a regular attendee at Nazarene District Council meeting for many years and was also a longtime member of the Homemakers Club, Ladies Bible Study Group, and she was a longtime supporter of the Salvation Army and many other charitable organizations.

Her love of the Lord was foremost in her life, and she lived her life as an example for others. Evelyn loved to travel and made many trips after retirement, mostly to family reunions, but also to visit old friends, both in the U.S. and abroad, including a church trip to Mozambique where she was able to reunite with old friends. Evelyn never forgot a friend and remained in contact with friends from childhood, college and later in life.

Evelyn is survived by her sister, Violet (Charles) Patrick of Haughton, Louisiana; her brother, John Mewes of Cheyenne; several cousins; and numerous nieces and nephews.

In lieu of flowers, please donate to a memorial fund of SonRise Nazarene Church or to a church or charity of choice.

Condolences may be offered on-line at www.schradercares.com.

To order memorial trees or send flowers to the family in memory of Evelyn Mewes, please visit our flower store.