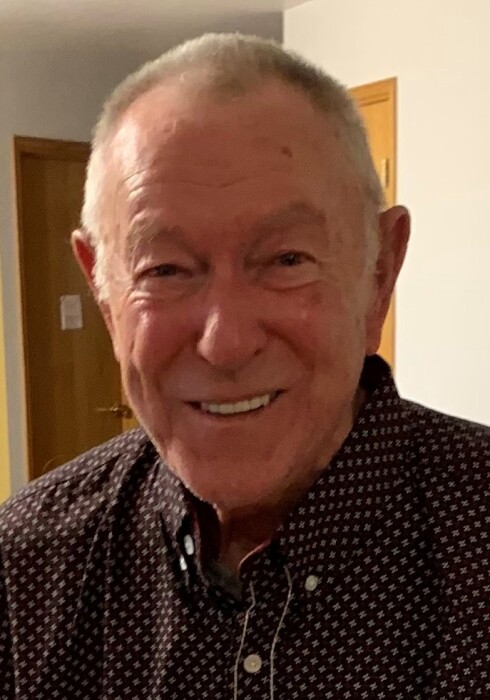 Floyd Laray Speigelmyer, 84, of Cheyenne, Wyoming, died on May 23, 2021 at home surrounded in LOVE with his family by his side.

Floyd was born January 29, 1937 in Cody, Nebraska to Lewis “Lewie” Abraham Speigelmyer and Dessie Lee Speigelmyer.  He was only able to complete his education through the 8th grade because he rode a horse to school and if the river became too high to cross or if he couldn’t open a gate, he wasn’t able to make it to school.  His family moved to Custer, South Dakota where his father died when Floyd was only 13 years old.  He then moved with his mother to Brookings, South Dakota where his mother died when he was 15 years old.  His mother had arranged for him to go stay with his older half-brother, Charles “Lee” Deaver.  Floyd had bought a model A truck, filled a barrel with gas to siphon out of for his trip, and he and his dog, Jigs, set out for Martin, South Dakota.  He did attempt to go back to school after he moved to Martin, unfortunately his brother, Lee, broke his hand and Floyd had to stay home to milk cows and take care of the ranch.

When Floyd turned 17 years old, he enlisted in the United States Air Force.  While in the Air Force he obtained his GED. Undeterred by numerous life challenges, Floyd was a very kind, simple and fun-loving man.  If someone was in need, he would be quick to help them out. And despite his limited education, he was a stickler for manners and using proper English when speaking. After honorably serving his country, Floyd married Joy Wilkinson on March 24 1962 in Gillette, Wyoming.  They had three children, Suzie, Gary and Bruce. Early in their marriage, employment related travel allowed them to live in Wyoming, South Dakota, Nebraska, Colorado, California, and Oregon.  In 1971, Floyd and Joy returned to Gillette, Wyoming.  Floyd worked as an electrician and obtained a Master Electrician License in both Wyoming and North Dakota.  In 1978, he went to work for Belle Fourche Pipeline (subsidiary of True Oil) and retired after 28 years of service.

Floyd and Joy were avid campers and loved to spend time traveling and meeting up with family and friends in their RV.  After retiring, they moved to Henry, Nebraska in 2006.  Unfortunately, Joy passed away in May 2007, they had been married 45 years.  Floyd ran and was elected to the town counsel of the Village of Henry in 2006 and served until 2014 when he moved to Cheyenne to live with his daughter.

The family would like to thank the nurses and staff at both Cheyenne Regional Medical Center and Davis Hospice.

Memorials and condolences can be sent in Floyd’s name to Schrader, Aragon and Jacoby Funeral Home, 2222 Russell Avenue, Cheyenne, WY  82001 or to their website at www.schradercares.com.

To order memorial trees or send flowers to the family in memory of Floyd Speigelmyer, please visit our flower store.