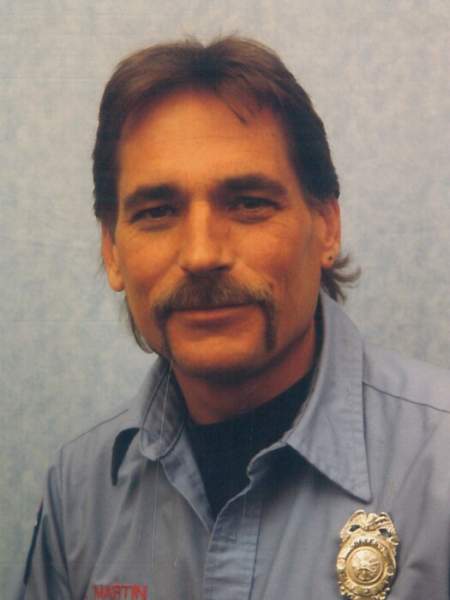 Patrick (Pat) Sean Martin, age 63, of Cheyenne died in his home surrounded by his loved ones and fellow firefighter “brothers” on May 25th, 2022.

Patrick was born to Rosemary and Howard Martin in Poughkeepsie, NY on September 21, 1958. He dedicated his life to helping others. Pat followed in his father’s footsteps becoming a volunteer firefighter in Brooklyn, NY, serving alongside his dad and some of the nation's September 11th fallen heroes, an honor he spoke of often. He moved to Cheyenne in 1980 where he became a professional firefighter for the Cheyenne Fire Department. He was blessed enough to love what he did for a living and his passion for helping others was evident both on and off the job. He served as union president from 1986-1997 and lobbied for 15 years to make sure his other “brothers” and their families were taken care of. Pat retired in 2001 and went on to serve as a full-time volunteer firefighter in Bowers Beach, Delaware from 2013-2014. Pat’s last gift to the world was a tissue donation to help burn victims.

Patrick spent a lot of time in the spotlight. Most people may not know that he earned the name “Pat Pitt'' after his wit and charm earned him an unpaid, walk-on role in a movie in New Mexico, Horror in the Wind. More memorable performances have happened through his role as a professional musician, often being known as one of the greatest harmonica players of all time. He had the honor of being an opener at Red Rocks and later recording music with Fat Cat Freddie. He spent a lot of time playing music with friends that he regarded as amazing musicians and always managed to find an audience and a community to play with wherever he lived.

As much as Pat loved being a firefighter and playing music, his absolute greatest pleasures in life came from being called dad and grandpa. He wore those titles with honor and his love and passion for his family was evident in everything that he did. He was a very loving and dedicated father and grandfather who couldn’t be without his “girls'' for any period of time. He and his “girls” were blessed by his ability to travel to live near them in both New Mexico and Delaware, making many unforgettable memories. He had the pleasure of coaching both his daughter and his granddaughters in softball. He enjoyed sledding, fishing, cooking, camping, gardening, golfing, and so much more with them.

Patrick was known by his friends and family for his musical talents, his tremendous smile, his outgoing personality, and his kind and generous nature. He would give anything he had to anyone at any time with no questions asked.

A Memorial service will be held at Highlands Presbyterian Church, located at 2390 Pattison Ave in Cheyenne, WY on Wednesday June 1st, 2022 at 11:00AM and a reception will immediately follow.

To order memorial trees or send flowers to the family in memory of Patrick (Pat) Martin, please visit our flower store.