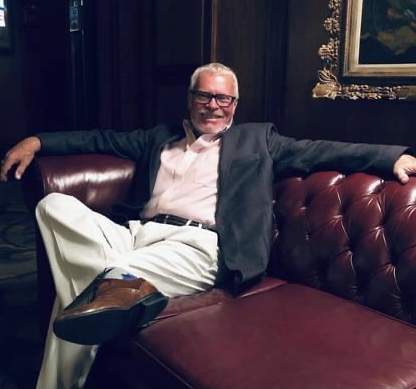 Alan was born on June 3, 1956 in Salt Lake City, Utah, to Richard and Amy (Christoffersen) Ness.   Alan’s father served in the United States Air Force, so Alan grew up all over the world.  He lived in Texas, California, Nevada, the Philippines, Montana, Nebraska, and finally settled in Wyoming.  He received his bachelor’s degree from the University of Wyoming, and his Masters in Addiction Studies from Capella University.

Alan had a variety of careers over the years, but his final and favorite career was one of service.  He was a mental health and addictions therapist and felt such pride in all of the people he was able to help overcome stressors and addiction to be able to live their best life.  It was his passion, and even in his final days he was still helping ‘his people’ through things.

Alan was a man of many interests, including being a pilot for over thirty years.  He loved cars, and planes, and traveling, as well as cooking and baking with his love,Mary Anne.

There is no one that Alan could not have a twenty-minute conversation with, and he did not have an enemy in the world.

He is survived by his loving wife, Mary Anne Augustin Ness; mother, Amy Ness; children, Bethany (Aaron) Willmarth, Jordan Ness and Jared Augustin,  granddaughters, Presley and Cameryn WIllmarth, and his grandson, Jacobee Augustin.  He is also survived by his brother, Bryan, many loving nieces and nephews, in-laws, and extended family, including his former wife, Lyndee Swanson. He is also survived by many, many friends and current and former co-workers, all of whom were very special to him.

He was preceded in death by his father, Richard and his wife, Susan.

He was a mentor for those who have struggled in recovery and was proud of his work with this incredible organization.  Please, in lieu of flowers donate to Grace For 2 Brothers Foundation at https://www.paypal.com/donate?token=_c3tYbAPMHrN1_ixcHas9m79x7bejVjp7kW6hKbtoNhx8TKGhfw0f4eL29r2PdzZxtAeFOXiJeOTZQ35.

A memorial service will be celebrated on Friday, January 22, 2021 at 1:00 p.m. at the Lakeview Chapel at Schrader, Aragon and Jacoby Funeral Home with services livestreamed.  To view services and offer condolences to the family, visit www.schradercares.com.

Services are under the care of Schrader, Aragon and Jacoby Funeral Home, 2222 Russell Avenue, Cheyenne, Wyoming, 82001.

To order memorial trees or send flowers to the family in memory of Alan Ness, please visit our flower store.