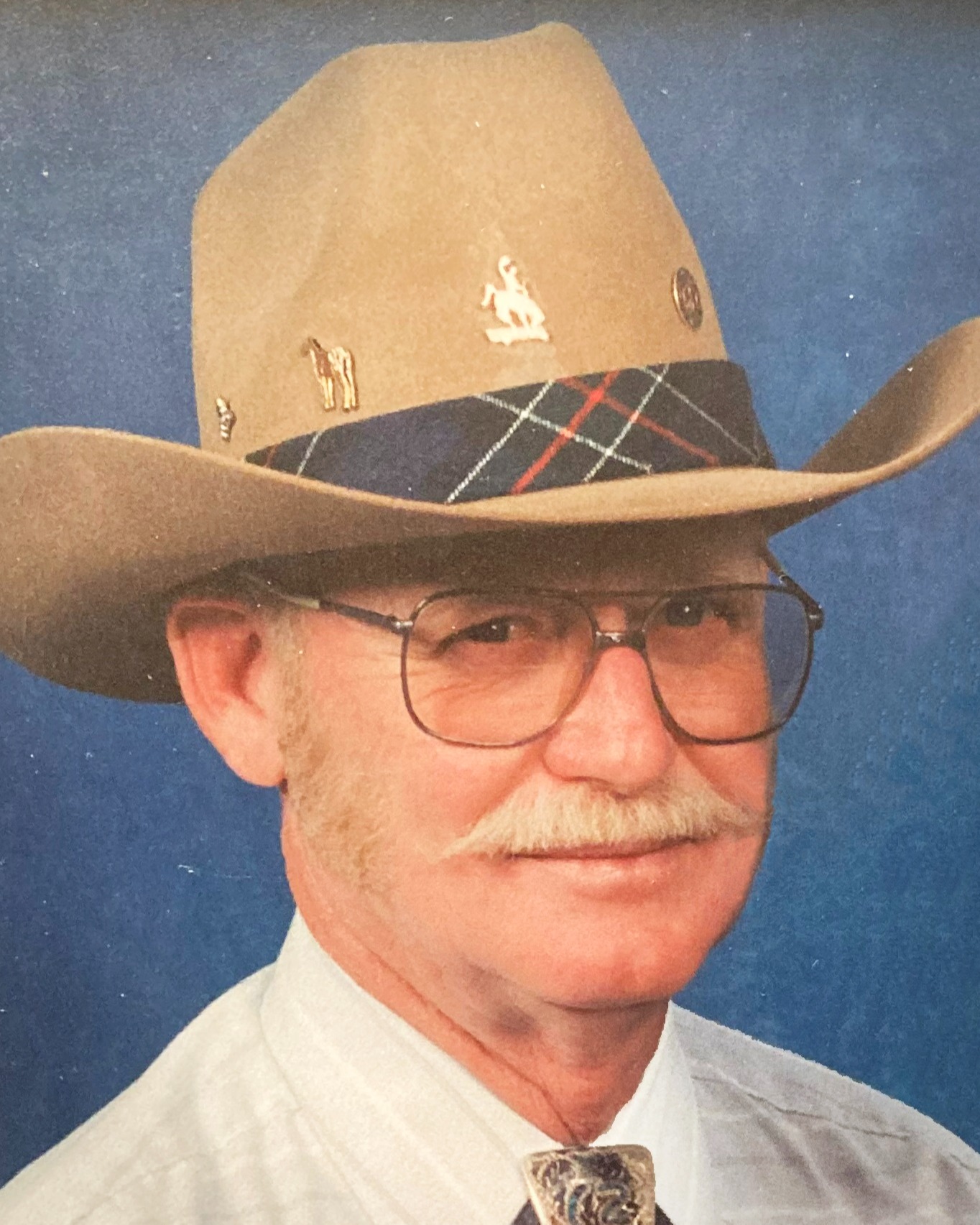 Alex Theodore Kirkpatrick was born on January 15, 1937 in Tyler, TX to John Kay and Addie Kirkpatrick.  He graduated from John Tyler High School in 1955 and joined the United States Air Force where he served for four years.  While in the Air Force, Alex married his first wife Janie Yielding, with whom he had two daughters, Terri and Jerri.

Alex moved the family to Parker, CO where he worked as a civilian Quality Assurance Specialist for the Air Force.  He was later transferred to Albuquerque, NM where he met his darling “Susie Q”.  The couple were married on January 2, 1984 and moved to Cheyenne, WY.

Alex retired from civil service after 32 years.  He loved horses from a very young age and after his retirement, was able to live out his passion of being a full-time cowboy, emulating his favorite song by Willie Nelson, “My Heroes Have Always Been Cowboys.”

He and Susie started their ranch, Susie Q Acres, in 1985. As a member of the Appaloosa Horse Club, he bred and raised beautiful Appaloosa horses over the next 36 years. One of his horses was even purchased and shipped to Germany by a traveling German family who was so impressed with her quality. Alex also raised many other animals over the years including cows, geese, cats, dogs, donkeys, and a mule.

Alex was committed to the Laramie County community. He was a member of the Moose Lodge and the American Legion.   He volunteered for many community organizations and held positions including Reserve Deputy for the Laramie County Sheriff’s Office, where he often attended community events as McGruff the Crime Dog. He also supported the community as a census data collector for the US Census Bureau, local weather watcher for the National Weather Service, and as an election judge for Laramie County for many years.

He was proud of his Scottish roots and was a member of the Scottish Society of Southeast Wyoming.  In his down time, he and Susie could be found making their way around the dance floor of the Moose Lodge doing the country swing, two-step, or the waltz.  He was an avid firearms expert and a certified NRA Firearms Instructor.

Alex passed away on December 23, 2022 at the Davis Hospice Center in Cheyenne, WY.  He was preceded in death by his parents, brother Dale Kirkpatrick, and half-siblings Randy Kirkpatrick and Shirley Kirkpatrick. He will be greatly missed by his wife, Darlene “Susie” Kirkpatrick of Cheyenne; brother Howard “Pete” (Linda) Kirkpatrick of Tyler, TX; his daughters Terri (Tom) Tidwell of North Richland Hills, TX and Jerri (Steve Scott) Johnson of Henderson, TX; grandson Jacob (Jonathan) Tramp-Johnson of Wellington, CO, and granddaughter Leanne Johnson of Austin, TX.

To order memorial trees or send flowers to the family in memory of Alex Theodore Kirkpatrick, please visit our flower store.