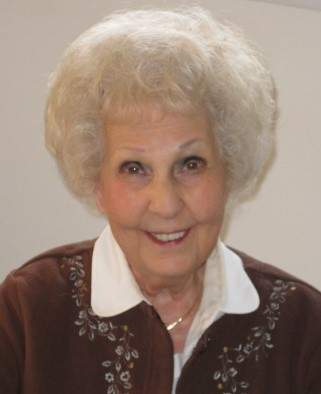 She was born March 11, 1925 at Sturgis, SD. She was the fourth of five children born to Clifford and Alice (Verry) Titus, who operated the Post Office and General Store at Clough. During the Great Depression, her family moved to California where they raised livestock. In 1940, they moved to Sharon Springs, KS.

After graduating from high school in 1943, Alice moved to Denver and was employed at the Union Pacific Railroad. While in Denver, she met and married Ernie Davis. After his discharge from the U.S. Army in 1947, they moved to Cheyenne where they made their home, and had two children. They were divorced in 1969.

Alice held administrative positions with several Cheyenne businesses before becoming employed by the Wyoming Department of Agriculture and Wyoming Highway Department. She retired after 27 years of service.

Alice valued the company of family and friends, and delighted in good conversation. She was a member of the American Business Women’s Association, a volunteer at the Hospital Gift Shop, and a founding, lifetime member of Grace United Methodist Church.

Alice served as President of the Women’s Auxiliary – Fraternal Order of Eagles and enthusiastically supported their activities, including Sunday dinners and Saturday-night dances. Alice was from that special generation of Americans who actually knew how to dance, and with Ed Miller – her partner in life, and on the dance floor – celebrated their love of music, dance, and each other. They enjoyed their winter home in Tucson, and cruises to the Caribbean, Mexico, Alaska and Hawaii.

Cremation has taken place. A private remembrance will be held at a later date.

To order memorial trees or send flowers to the family in memory of Alice Davis, please visit our flower store.