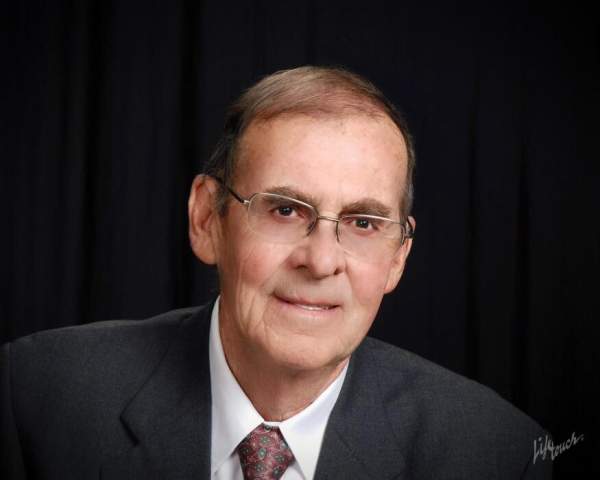 Allen E. Morrow, 79, passed away January 31, at Davis Hospice Center, with family by his side, almost three weeks after suffering a bad fall at home.

Al was born February 12, 1941, to Virgil and Bernice Morrow in Patterson, California.  He attended elementary school in Hoxie and Colby, Kansas, then finished school in Limon, Colorado, where he was an outstanding athlete.

Al served in the Navy from 1963 to 1968, the last portion as an electrician on the USS Oriskany.  He graduated from CSU with a degree in economics and from University of Northern Colorado with a degree in mathematics. He spent his career at Mountain Bell/US West/Qwest from 1974 until his retirement in 2001.

Al and Greta Morrow were married March 21, 1970, and raised three sons, Jared (Kristen) in Cheyenne; Jason in Mancos, Colorado; and Brian (Kristen) in Austin, Texas.  He had five grandchildren, Bennett, Noah, and Luke in Austin; and Mason and Carmen in Cheyenne.

Al was preceded in death by his parents, brothers Richard, who died in infancy, and Dick as well as sisters Virginia Henry and Janice Johnson.

Al was dedicated to supporting his family in as many ways as possible.  Among those activities were coaching numerous baseball teams, serving as Scoutmaster, and traveling all over the state to attend sporting events. For Greta, he was behind-the-scenes help for teaching and numerous volunteer activities with First Presbyterian Church, Day of Giving, and the American Cancer Society.

Private family services have been held.  Those who would like to honor Al are encouraged to contribute to a charity of their choice.

To order memorial trees or send flowers to the family in memory of Allen Morrow, please visit our flower store.