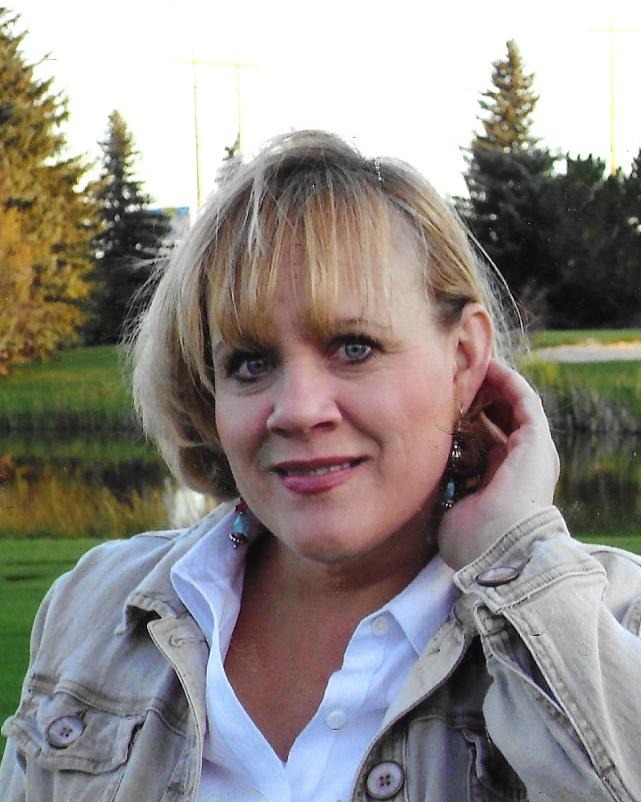 Andrea Bettina Hebertson Luddington passed away on December 13, 2022, at her home, at age 61. She was born in Salt Lake City, Utah on July 26, 1961, the second daughter to Wayne M. Hebertson and Joan (Kearl) Hebertson. Her childhood with her siblings Jonathan, Elizabeth and Peter could be described as feral as they ran around the neighborhood and surrounding hills of Mount Olympus, often unsupervised, living their best lives exploring and having fun with friends. She would often talk about all the mischief they would get into; for as long as they didn’t mess up their immaculate home, they were free to roam. During her early childhood years, Andrea fell in love with music. She loved the Beatles and would listen to her records for hours after school.

Andrea graduated from Skyline High School in 1979 and then chose to continue her education at Brigham Young University. The highlight of her education was her study abroad to England where she met life-long friends, developed a love of travel, and learned that she loved to explore other cultures. She also learned how to play the guitar and spent much of her free time at college singing and strumming away with friends to the classics of the ‘70s and ‘80s. During a short stint at University of Utah, Andrea met her soulmate, John. She graduated from BYU in 1984 with a bachelors in geology and education.

On June 22, 1985, Andrea married the love of her life, John Bennett Luddington in the Salt Lake City Temple of The Church of Jesus Christ of Latter-day Saints. Soon after, they packed up their little Chevy and drove all the way to Virginia for John to attend dental school, stopping at many KOA’s on the way.   While in Virgina, she taught Earth Science in high school for four years. During this time, John and Andrea also welcomed their first child, Aaron John. While Andrea was pregnant with their second child, Kalie Anne, John accepted a position with the Airforce General Practice Residency Program. He completed his residency and was assigned to Warren Airforce Base in Cheyenne, Wyoming. Andrea was less than thrilled about the idea of living in the cold, desolate place she thought Cheyenne was, and had quite a tantrum that almost brought Kalie into the world a little early.

Despite their previous plans and their earlier ideas of Cheyenne, they decided to make it their permanent home. Andrea grew to love her rolling prairie and fossil gulches. Soon after moving to Cheyenne, they were blessed with their third child, Jesse Dean, and ultimately moved their family into the beautiful home they built where they would raise their three children, and which would become a sanctuary of laughter, science, art, and music.

Andrea loved being a mother. Her children were the lights of her life. She was a hilarious and spontaneous mama bear who created a haven for her kids and their friends, welcoming all to partake in the music, laughter, and love of their family circle. You would often find her children spending their Friday nights in her room watching TV and drinking cokes, instead of other shenanigans high school kids get into.  Andrea loved road trips and would often let her kids miss a couple days of school to go on adventures where they would find the most off beaten roads to look for geological treasures. She also forced them to go to many thrift stores along the way where she would find amazing trinkets for their home. She also loved the ocean and frequently took her family on beach vacations. She definitely preferred the ocean to the mountains.

Their home was always filled with animals, including three dogs, 2 cats, birds, lizards, snakes, salamanders, frogs—all welcome, except Jade the iguana, who made Andrea so mad that it got thrown out into the prairie by its tail. (She was welcomed back with an open kitchen door.)

Andrea was known for her beautiful artwork which she most often implemented in her journaling pages of her family. Her journals are precious treasures to her family whose growth and experiences she so artistically compiled. Her artistry also extended to photography and photo editing. She loved to have a photo shoot with her grandchildren – especially at Halloween!

Andrea also loved to garden, cultivating so much beauty with any seed she could get to grow in Wyoming soil. She knew when to plant flowers in the harsh Wyoming environment. (April was a no go, May was a so so, but mainly you wait until June.) Her green thumb extended to inside the house where vining plants and flowers, especially her favorite Orchids, thrived. Music continued to be one of Andrea’s joys, especially music from the 1970s and 1980s (except ABBA). They often spent time as a family, singing to their favorite songs and playing the guitar. Andrea was not a soccer mom, but she did run her kids all around town for piano lessons and All City Children’s Choir practices and recitals for years.

Next to being a mother, Andrea’s greatest joy was that of being a grandmother. Her nine grandchildren, Lily, Eliza, Genevieve, Rhett, Ellery, Shule, Owen, Margaret, and Josephine were her greatest blessings. She loved spending countless hours with them crafting, going on one-on-one dates, and taking them on vacations. She chose a song for each of her grandchildren that reminded her of their individual personalities. She would always play their songs for them, and they would light up saying, “That’s my song, Nana!”

Andrea’s influence was felt by so many. Her reach extended to her church family, friends, extended family, and complete strangers. She was a faithful member of The Church of Jesus Christ of Latter-day Saints and served faithfully in her Church callings. Her favorite callings were those with the youth and primary children. Her light will be missed by so many, but her testimony of Jesus Christ, His Atoning sacrifice in our behalf, and the eternal nature of His plan of happiness will be our solace.

To order memorial trees or send flowers to the family in memory of Andrea Bettina Hebertson Luddington, please visit our flower store.