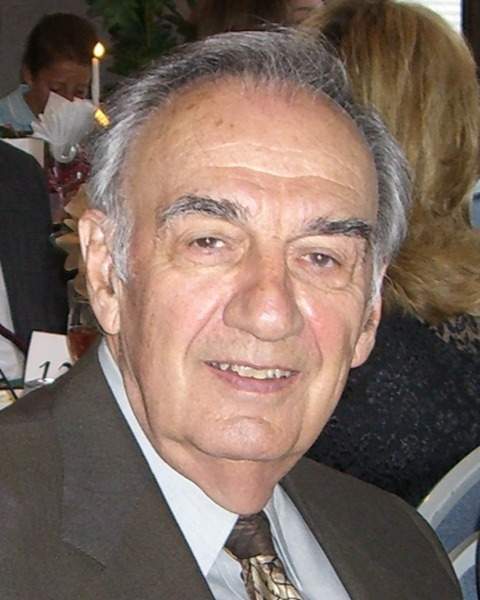 Andrew S. Pappas, 95, of Cheyenne, Wyoming fell asleep in the Lord on August 29, 2022, in Denver, Colorado with his wife and children at his side.  Andy was born December 28, 1926, in Cheyenne to Strat and Helen Pappas.

Andy attended Cheyenne High School and the University of Wyoming, graduating with a degree in civil engineering.  After college, he married Theoni Harrison of Cheyenne in June 1949.  Andy is survived by five children, Stephan (Kay) Pappas of Cheyenne, Bill (Jacque) Pappas of Cheyenne, Driko (Christine) Pappas of Cheyenne, Valerie (Mason) Mitchell of Fort Collins, CO and Elaine (Harold) Cunningham of Colorado Springs, CO.  He is also survived by eight grandchildren and five great-grandchildren.  He was preceded in death by his parents, Strat and Helen; siblings, Jenny Zampos, Sophie Contos, Stavros Pappas, Angelo Pappas and Mary Diakakis; and a grandson, Jason Pappas.

Andy had a long and distinguished career.  He worked for the Wyoming Highway Department and then in 1955 began a 40-year career in architecture.  In 1982, he and his son, Stephan, formed the firm of Pappas and Pappas Architects, and he practiced there until he retired in 1995.  He left his mark on many outstanding architectural projects throughout Wyoming.  Andy was always the consummate volunteer, offering his expertise on many boards and committees, including the Wyoming State Board of Architects and Landscape Architects, City of Cheyenne Board of Adjustments, and Saints Constantine & Helen Greek Orthodox Church Parish Council, just to mention a few.

Andy had a passion for history.  He spent countless hours researching and writing two books: his family’s history and Orthodoxy on the High Plains.  In addition to his devoted faith, Andy was also a private pilot, an avid Pokes fan, a lover of jazz music, and corny jokes.

Trisagion services will be Friday, September 2, 2022 at 7:00 p.m. and funeral services on Saturday, September 3rd at 9:00 a.m., both at Saints Constantine and Helen Greek Orthodox Church.  Interment will be held at Beth El Cemetery.

Services are under the care of Schrader, Aragon, and Jacoby Funeral Home.  Condolences may be offered at www.schradercares.com.  In lieu of flowers, the family asks that donations be directed to Saints Constantine and Helen Memorial Fund.

May the servant of God, Andrew, and his memory be eternal.

To order memorial trees or send flowers to the family in memory of Andrew S. Pappas, please visit our flower store.