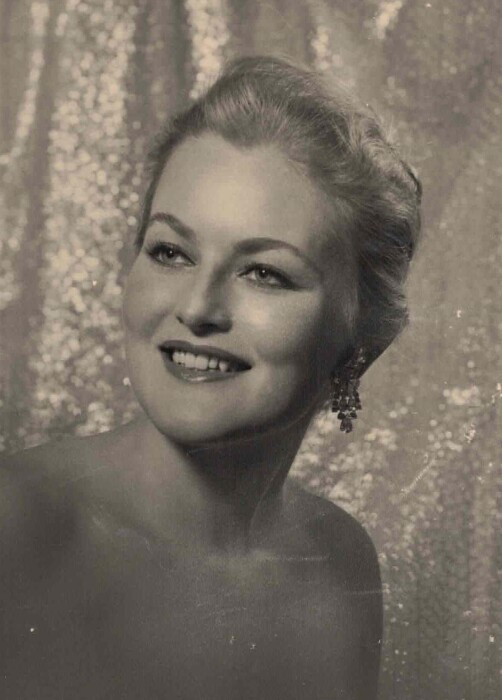 She was born December 17, 1940 in Cheyenne to James R. Simon and Dorothy Dearmin Simon. When she was six years of age the family moved to Jackson, Wyoming where her father took on the position as director of the Jackson Hole Wildlife Park. It is there that Anita’s love of animals began. In 1952 her father signed on as a cinematographer for Walt Disney and the family moved several times over the next seven years. Destinations included Banff, Canada and Racife, Brazil.

Anita, an avid beauty pageant contestant was chosen Miss Wyoming in 1960. She graduated from the University of Wyoming in 1962 with a degree in Spanish and later with a degree in Criminology. Both degrees served her well. When not working she raised Australian Shepherds and enjoyed owning and showing rare dog breeds. Anita later developed a talent for painting both in water color and oil.

Private services have been held in Olivet Cemetery.

To order memorial trees or send flowers to the family in memory of Anita Laycock, please visit our flower store.