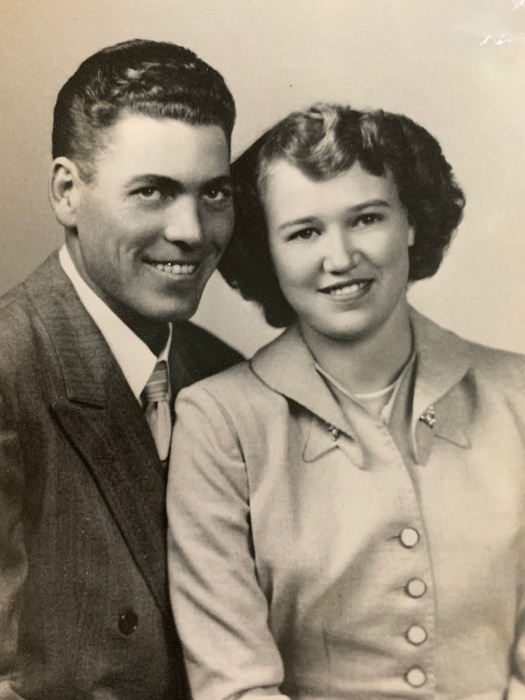 Anna J. Wade, 85, of Cheyenne, WY passed away on Friday, August 21, 2020. She was born on January 16, 1935 in Yellowjacket, Colorado, near Cortez, where the family lived and worked on different farms raising beans, hay, and livestock. As a young girl, 3 of the kids would ride the same horse to school with her oldest brother in front. On the way home, the oldest would bump Annie and her other brother off the back when they got closer to home and then ride the horse in alone. One of many stories she would tell and laugh about later. All would sit around the table at home talking, laughing, and enjoying being a family.

She met Dale Wade in Buffalo when her family was in Harding County conducting seismic testing for the oil companies. They married in Buffalo and settled on the ranch near Ludlow, SD until he was drafted into the Army from 1954-1956.   She kept the ranch running until Dale returned home in 1956 and they worked the ranch before moving to Cortez, CO in spring of 1960. They moved to Dupree, SD in 1962 where Dale worked as a government trapper while Annie raised the kids. She encouraged Dale to go to college so they moved to Brookings, SD in 1965 and spent the next 7 years there before moving to FT Collins, Colorado where Dale continued working for the Department of Agriculture Extension Service. They later moved to San Angelo, TX and Herndon, VA before retiring to Cheyenne, WY in 1991.

Annie continuously taught the kids to value and take care of what you have, be respectful, finish what you start, work hard and do your best, take care of your family and many other life lessons not learned in school, but necessary to be successful in life. She instilled a love of reading in their kids and ensured they all had library cards as soon as they could read. The bookmobiles used to park close to the Wade home as it was a sure bet they would be checking out books each week. She spent many hours refereeing disagreements between the kids, and with 5 kids there was usually a couple of them at odds most days. She was a Girl Scout troop leader, part-time librarian, school volunteer and occasionally took jobs outside the home as the kids grew older. All their kids went on to be successful and attribute much of that to her lessons taught throughout their childhood. She was always available for advice and encouragement and remained her kids’ biggest fan.

Annie’s greatest joy in life was being surrounded by her family and was loved by all who knew and spent time with her. She left many friends and family across the country at every stop in Dale’s career. Every move left the house a little less populated. She always worked so hard to keep the house, make meals, can vegetables, and get us kids to doctors, dentists, school events, and all the other life appointments. She worked hard to keep flowers growing around her house and keep her yard green. She was out digging brown spots and planting grass seed right up to the end.

Annie had a strong faith in God and that gave her great peace in the end as all her children came and spent time with her. She passed surrounded by family and will be missed greatly.

Annie is preceded in death by her parents, Ralph and Nona Conrad; as well as her brother, Corky  and sister, Faye; her husband, Dale; and their son, John. She is survived by daughters, Jean (Warren) Montague and Linda (Bill) Boosembark; sons, Jesse (Kathleen) Wade, Bill (Patricia) Wade, and Jim (Cristy) Wade. In addition, she is survived by her grandchildren, Brian, Skylar, Kacey, Thomas, Daric, Kyle, and Ryan; great-grandson, Jackson; and her brothers, Scooter and Gary.

To order memorial trees or send flowers to the family in memory of Anna Wade, please visit our flower store.