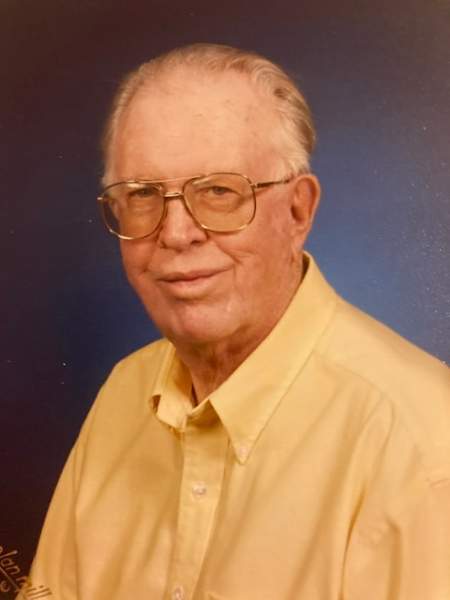 Arthur Warren Lumsden, 94, of Cheyenne, Wyoming passed away Friday, January 29, 2021 at home with his family by his side.

Arthur was born in Ossining, New York December 12, 1926 to Warren and Sally Lumsden.  He married Lois Clawson January 10, 1953. He was a WWII veteran stationed overseas he was awarded the American Theatre Medal, Asiatic  Pacific Medal, Victory Medal and the Philippine Liberation Ribbon. After many years of hard work, his last occupation was in advertising for the Eagle Tribune.  He was a member of First United Methodist Church.  His hobbies were photography, hiking, and best known for baking his favorite “ Cheese Bread.”

A memorial service will be celebrated Friday, February 5, 2021, at 3:00 p.m. at Lakeview Chapel at Schrader, Aragon and Jacoby Funeral Home.

In lieu of flowers, the family ask that donations be made to First United Methodist Church.

Services are under the care of Schrader, Aragon and Jacoby Funeral Home, 2222 Russell Avenue, Cheyenne, Wyoming, 82001.

To order memorial trees or send flowers to the family in memory of Arthur Lumsden, please visit our flower store.