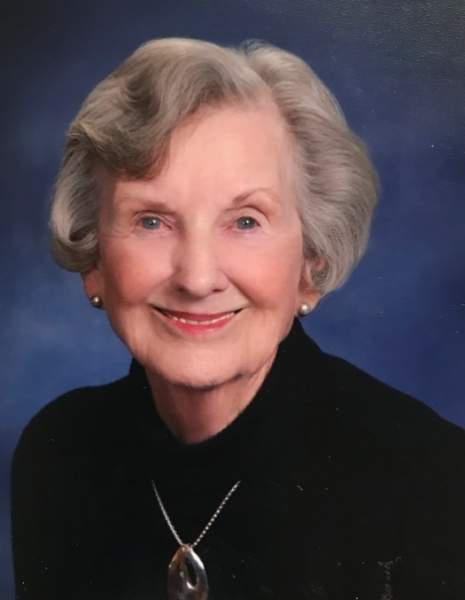 Audrey was born June 27, 1924 in the community of Bignell near Maxwell, Nebraska, a daughter of the late Omer and Mary (Hutchison) Reeves.

Audrey moved to Cheyenne in 1993 with previous residences in North Platte and Scottsbluff, Nebraska, and Estes Park, Colorado.  She also had a home in Scottsdale, Arizona.  When in Arizona, she volunteered at the Scottsdale North Hospital.  She was a member of the First Presbyterian Church in Cheyenne, the Wyoming P.E.O. Chapter C, and the Cheyenne County Club.

She was preceded in death by a son, Stephen; great-granddaughter, Audrey Fish Haberman; a brother, Kenneth Reeves; and her parents.

Condolences may be made to a charity of one’s choice.  Services are under the care of Schrader, Aragon and Jacoby Funeral Home, 2222 Russell Avenue, Cheyenne, Wyoming 82001.

To order memorial trees or send flowers to the family in memory of Audrey Simon, please visit our flower store.