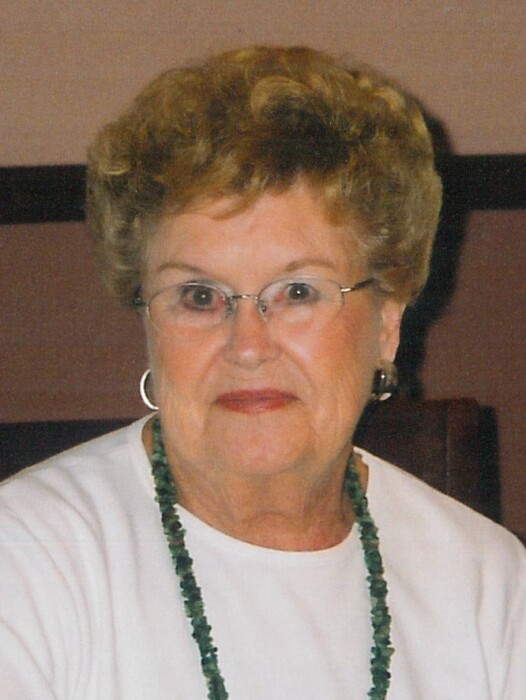 Barbara Eileen Jones, 96, of Cheyenne, Wyoming, passed away on May 31, 2021 at the Life Care Center with her family by her side.

Barbara was born May 6, 1925 on the family farm near Slater, Wyoming, to Earl and Hilda M.  (Larson) Harvey. She was united in marriage on December 6, 1942 in Scottsbluff, Nebraska to Gene L. “Casey” Jones. Barbara and Casey lived on a wheat farm on the Slater Flats where they raised their family. In 1977, they sold the farm and moved to Yuma, Arizona. After her husband’s death in 1988, Barbara moved to Cheyenne to be near family and friends.

She was a long-time member of the Slater Woman’s Club, a Foster Grandmother at Afflerbach and Hobbs Schools, a member of the North Cheyenne Baptist Church.  Above all, she loved her family.  Family came first regardless of what else was happening.  Her love, guidance, and good cooking will be missed.

Barbara is survived by her daughter, Patrice Denisson (Tim) of Cheyenne; and two granddaughters Jennifer Denisson and Nikki Dennison.

She was preceded in death by her husband; son, Michael; parents; sisters, Hazel Bomgardner and Kathleen Hopkins; and a brother, Robert Harvey.

Private family services will be held at a later date, followed by interment in Wheatland, Wyoming.

Cremation is under the care of Schrader, Aragon and Jacoby Funeral Home, located at 2222 Russell Avenue, Cheyenne, WY 82001.

To order memorial trees or send flowers to the family in memory of Barbara Jones, please visit our flower store.