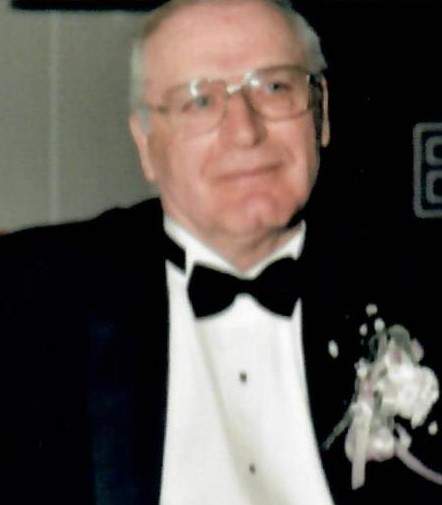 Bernard Clarence Zecha, 92, passed away unexpectedly on December 21, 2021 in Cheyenne, WY. Bernie was born April 9, 1929 in Ellinwood, KS to Emil and Mary (Kinzel) Zecha. Bernie graduated from Great Bend High School; then deciding to take a year off, worked at local car dealership. He along with 3 buddies decided at age 19 to enlist in the Navy to avoid being drafted. Bernie served 4 years, the first in California hospital as a nurse's assistant on a cancer ward in order to learn patient care which was emotionally challenging. He served the remaining 3 years on a Navy Medical ship during the Korean War.

Following his Naval Service, Bernie received his Doctor of Veterinary Medicine from Kansas State University in 1959. Following graduation, Bernie went to work for a Veterinarian in Marion, SD where he eventually met and married Anita Mae Murphy May 9, 1961. The couple had 3 daughters. To further his education, Bernie moved the family to Ithica, NY where he earned a Master's degree in Epidemiology from Cornell University.

Bernie then moved his family to Petaluma, CA where he worked in a research lab for USDA with turkeys and pig. Then moved again to Alpine, CA where he studied exotic bird diseases. The family moved to Denver, CO in 1977 then to Cheyenne, WY in 1981 where Bernie was Regional Manager for the USDA working mainly with livestock. In 1985 Bernie and Anita moved to Des Moines, IA to continue his work with the USDA.

Bernie retired in the fall of 1990 moving back to Cheyenne to be close to their grandchildren. Bernie, not wanting grass to grow under his feet began a second career driving cars for Enterprise Rent-a-Car. This lasted for 19 years.

Bernie was an avid gardener, growing vegetables and flowers everywhere the family lived.

To order memorial trees or send flowers to the family in memory of Bernard Zecha, please visit our flower store.