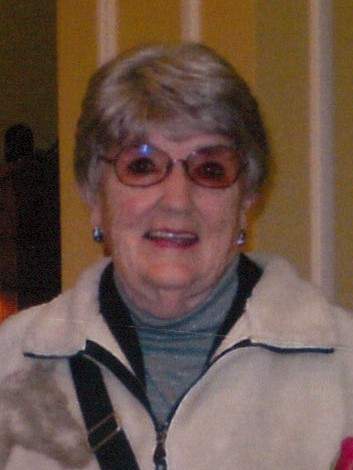 Beverly A. Sitzman, 82, of Cheyenne passed away September 21, 2021 at Davis Hospice Center.

Beverly was born September 27, 1938 in Glasgow, Montana to Donald and Florence Bradstreet.  She lived her first year in Wheeler, Montana while her father worked at Fort Peck Dam.  Family members moved to the Pryor Creek area and they followed and lived on a farm six miles south of Huntley.  Beverly was educated at the Huntley Project Schools and graduated in 1956.  She attended Parks Business College in Denver, Colorado and worked at Central Bank in downtown Denver.  It was in Denver that she met Gerald “Gene” Sitzman and they were married February 15, 1958 in Huntley, Montana.

Beverly enjoyed the outdoors and all that went with it including cross-country skiing, picking wild fruit and mushrooms, floating the Platte River, hunting and camping in their trailer.  She had a green thumb and had the best flower gardens and planted lots and lots of trees.  She was an avid rock collector.  She also had chickens, turkeys, goats, pigs, horses, peacocks and guinea hens.  All the animals could be tended in nice clothes and still come out clean. There were numerous cats and beloved dogs who were part of the Sitzman family and were given the best love ever.  Beverly loved to travel and shared her travels with family and friends in many countries.

Those who wish may contribute to First United Methodist Church or a Charity of your Choice.

To order memorial trees or send flowers to the family in memory of Beverly Sitzman, please visit our flower store.