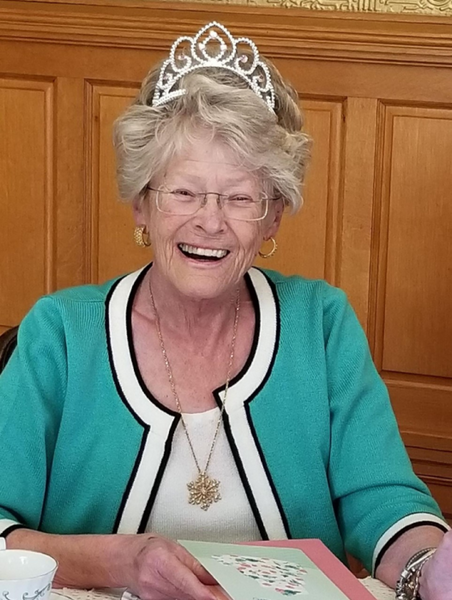 Billie June Neff, 82, of Cheyenne, Wyoming passed away August 5, 2020. She was born on April 7, 1938 to John Evan Harris and Lois Henry Morris in Clarksville, Arkansas.

Billie was an active member in the community. She was President of Women’s Civic League of Cheyenne and Christmas House Chairman.  She worked on many projects and committees that benefited the community, including the dollhouses that were raffled off at Christmas.

Billie was very talented.  Her favorite hobby was miniatures and dollhouses.  She was also an avid reader.  Known for her quick wit and lively spirit and fun to be around, Billie was the best kind of trouble.

Not by blood but by heart she was known as “Uncle Billie” or “Aunt Billie” to many young people that had accepted her as part of their family.Her working career was spent at Little America with the Holdings.

She is survived by her sister, Ann Boen of Clarksville, Arkansas; her pride and joy, son, USAF Lt. Col. John Boen (Marny ); grandson, Will Boen of Tinker AFB, Oklahoma; niece, Julie (David) Herrera of Colorado Springs, Colorado; and many cherished friends and lives she had blessed during her time on this earth.

She is preceded in death by her husband, Larry Neff; parents, John and Lois Harris; brother-in-law, Bob Boen; and niece, Terri Longhurst.

She will be missed by numerous friends and family.

A special thank you to Marla Norman for her loving care and kindness with Billie the last few months of her life.

A memorial service will be held on Friday, August 14, 2020 at 10:00 a.m. at Lakeview Chapel at Schrader, Aragon and Jacoby Funeral Home.

To order memorial trees or send flowers to the family in memory of Billie Neff, please visit our flower store.