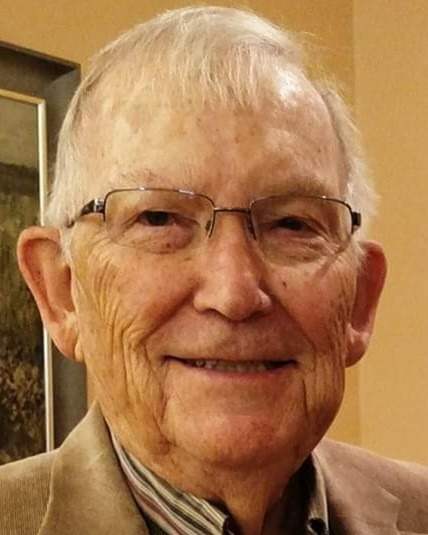 Bill Lucas passed away on September 24, 2022, at Denver Hospice.  He was born to Celesta Horn Lucas and Clifford LeGrand Lucas on January 18,1935 in Caldwell, Kansas. Bill Graduated from Wichita State University, and later earned his Master's in Elementary Education and Supervision from the University of Northern Colorado in Greeley, Colorado. He met his wife, Doris Miller, while in Wichita, and they were married on October 4, 1957.  To this union were born one son and three daughters.

Bill joined the U.S. Army Reserves and served for 8 ½ years and was honorably discharged after trainings in Wichita, Fort Carson, Colorado, and Camp Leonard Wood, Missouri.

Bill taught 5th and 6th grade in Greeley, Colorado before moving to Worland, Wyoming to become principal of two elementary schools.  During this time, he started the Head Start Program and the Worland Migrant School, which he supervised for many years.  His compassion and gentle spirit made him an outstanding educator and advocate for all children.  In 1982, Bill and Doris moved to Billings, Montana to become Staff Supervisors at the Yellowstone Boys and Girls Ranch.  They then moved to Denver, where Bill worked in retail, while also running an afterschool latch key program for kids.

Bill later moved to Cheyenne, where he opened the Bargain Barn Flea Market.  He later worked for Sierra Trading Post, and Home Instead. He continued to work into his later years as a pharmacy delivery driver for Hoy’s Drug and then Safeway Pharmacy.  After a stroke in 2019, he retired at the age of 84.

Bill was an amazing husband, father, grandfather, and great-grandfather.  His kind heart and love for learning was exemplary. He loved to go to auctions, antique shows, and to tinker around with things in his space at Bart’s Flea Market. He will be greatly missed by many.

Services will be held at St. Christopher’s Episcopal Church on October 15, 2022, at 1:00 p.m.  Memorials may be made to Denver Hospice.

To order memorial trees or send flowers to the family in memory of Billy Mac Lucas, please visit our flower store.