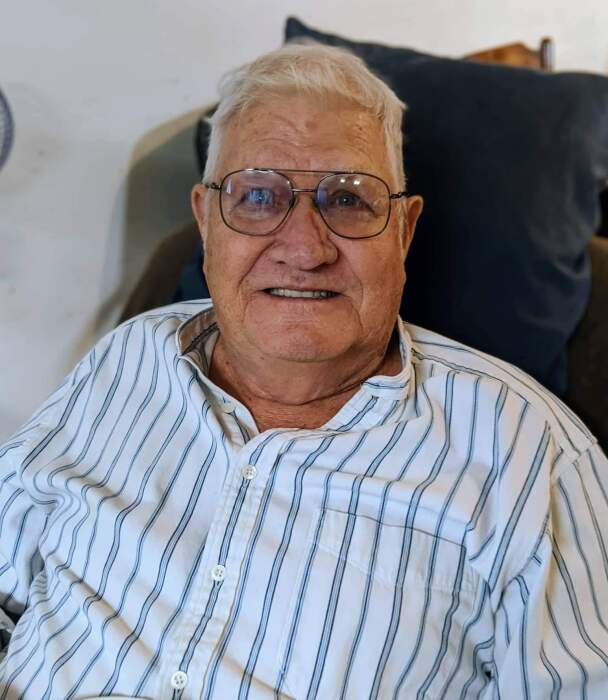 Calvin was born December 20, 1941 to Alexander and Fern (Sharer) Fertig at their farm near Wheatland.

From 1960 to 1964, Calvin was a Lance Corporal in the United States Marine Corp, stationed at Camp Pendleton, Oceanside, California. Calvin and Mary Millhouse married in Michigan on March 10, 1961.  Their oldest daughter was born at Camp Pendleton in 1963.  Calvin spent some time overseas for the military where he was able to see several different places and make some great memories. Calvin traveled to Japan, Okinawa, Thailand and the Philippines.  If you spent any time with Calvin, you were able to hear many great stories of this time.

Calvin and Mary traveled around South Dakota, Colorado and Wyoming where three more children joined this happy growing family.  In 1970, they moved back to Wheatland where their last two daughters were born in 1973 and 1978.  In 1975, Calvin started his water well drilling business.  His sons, and whoever else was willing to learn, worked with him until he finally retired in 2020.

Calvin was known for his great stories of “the good old days,” working with his hands, and hunting and fishing with his children and brothers.  Family was the most important thing to him.  He was always there when you needed someone to talk to or help you with whatever he could.

Grateful for having shared his life are his wife, Mary; children, December (Rick) White of Spearfish, SD, Calvin “Stormy” (Patsy) Fertig, Jr. of Glendo, WY, Christopher (Maria) Fertig of Bismark, AR, Michelle (Delbert) Fulps of Rock Springs, WY, and Autumn (Chad) Evans of Spearfish, SD; his 15 grandchildren and two great-grandchildren; and his brothers, sisters, cousins, nieces, and nephews.  Family was very important to him and he loved spending as much time with them as he could.

Calvin was preceded in death by his parents; sisters, Wilma and Mary; brothers, George, Duane and Tom; son, Yancy; and grandson, Aaron.

To order memorial trees or send flowers to the family in memory of Calvin Fertig, please visit our flower store.