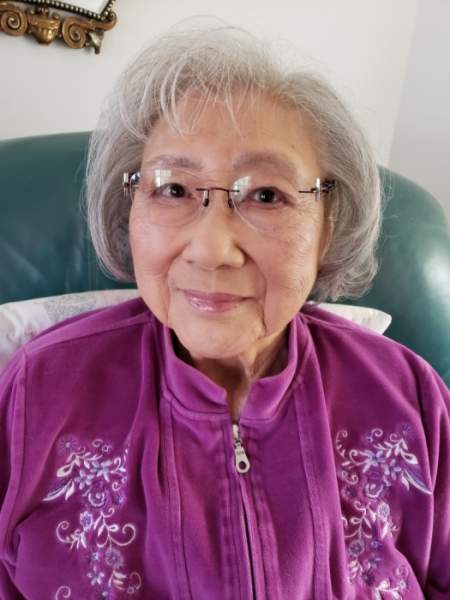 Cameo Kasai Futa, 95, of Cheyenne, Wyoming passed peacefully on February 8, 2021at Davis Hospice Center with her family, both near and far, present in spirit.

Cameo was born on July 25, 1925 to Ai Togawa and Yomozo Kasai in Colusa, California. She spent her early childhood in Colusa, where her mother ran a boarding house for Japanese bachelors, and her father and brothers owned and operated a rice farm. In 1942, she and her family were relocated to the Amache Japanese-American Relocation Center in Colorado. While in camp, she attended both Japanese and American schools and graduated from high school in camp.

Upon release from the relocation center, her oldest brother secured employment and housing for the family in Chicago. Cameo worked as a nanny for a wealthy family in Chicago. While living with and working for this family, the love of travel and seeing new places was ignited. On a visit to Cheyenne to experience Frontier Days, she met her future husband, Fred Futa.

They married in 1951 and spent 68 years together until he passed in 2019. Cameo was a devoted wife and dedicated, loving mother. Her greatest achievement was raising her children to be responsible, independent adults. She is survived by her son, Menlo; daughters, Cora, Lisa (Johnston, Iowa), and Kimi Weaver (Robin; Houston, Texas); grandchildren, Heather Menninga, Evan and Leah Weaver; and great-grandchildren, Ren and Lincoln Menninga. She also is survived by two sisters, Yoneko Shintani and Lea (Fooch) Ellingson, as well as several nephews and nieces. She was preceded in death by her husband, Fred; parents; brothers, Kiyoshi, Tosh and Sam; sister, Tomako Roehmer; and grandson, Ryan Spray.

Cameo lived a long life and enjoyed a well-deserved and fulfilling retirement after raising her family and working for 25 years as a nurse’s aide at Memorial Hospital of Laramie County. She traveled extensively to China, Japan, Mexico, Costa Rica, most of Europe, and many parts of the United States. Her only travel regret was that she didn’t get to see the pyramids in Egypt. She was athletic and a

The family is deeply grateful to the volunteers and staff at Meals-on-Wheels, Cheyenne-Laramie County Health Department, Cheyenne Regional Medical Center, and Davis Hospice Center for their kindness, professionalism and wonderful care.

A private interment in Lakeview Cemetery will be held at the convenience of the family.

To order memorial trees or send flowers to the family in memory of Cameo Futa, please visit our flower store.