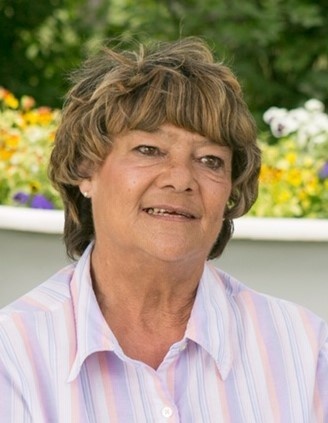 Carrie Ann Woodhouse, 70, of Cheyenne, Wyoming passed away December 7, 2019 following a short illness. Over the last few years, Carrie Ann faced many serious medical issues that she fought through with grace and dignity.

Carrie Ann was born on November 20, 1949 in Cheyenne to Bud and Barbara Hough. She graduated from East High School in 1968. Carrie Ann married Roger Woodhouse, the love of her life, on September 7, 1968. They loved each other until their dying days. They enjoyed each other’s company, building their home together, fishing, traveling, gambling and attending Bronco games regularly. They had two wonderful daughters, Ashley and Mindy. Carrie Ann was a dedicated employee and worked at Royal Glass and Inman Roofing from where she retired.

Carrie Ann will best be remembered for her loving, caring heart and the impact she made on those around her. Most importantly Carrie Ann was a friend, great listener and would always be there for anyone, whether she knew you or not. She loved her family and enjoyed occasions centered around them. She will be missed, the world has lost one of its biggest Bronco fans.

A memory service will be held Thursday, December 12, 2019 at 10:00 a.m. at the Lakeview Chapel at Schrader, Aragon and Jacoby Funeral Home, with a celebration of life immediately following at the CFD Buckle Club.

To order memorial trees or send flowers to the family in memory of Carrie Ann Woodhouse, please visit our flower store.