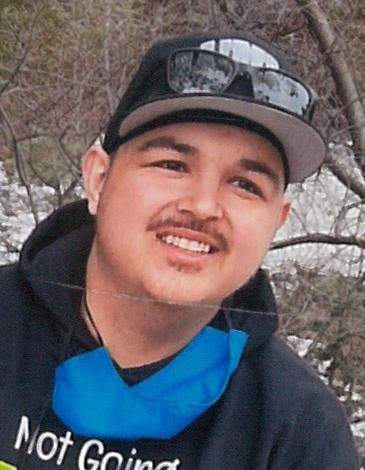 Cesar “Daniel” Higine, 29, of Cheyenne, Wyoming passed away January 17, 2022 in Cheyenne.  He was born July 27, 1992 in Norfolk, Nebraska and spent his childhood years in Topeka, Kansas, later moving to Cheyenne. He attended Johnson Junior High School and East High School. He had an outgoing, caring personality and was an inspiration to many. He was a dedicated, hard-working man with many skills. He was employed by APWyott from 2010 to 2012, Crow Creek Wood Productions from 2013 to 2019, and he was most recently a manager for Domino’s Pizza until his diagnosis of terminal cancer prevented him from being able to work.

He loved spending time outdoors, hiking, fishing, camping, shooting, and firing up the grill. Family was important to Daniel. He loved spending time with his son, his niece and nephew, friends, and other family. His desire for adventure led him to many places and allowed for many experiences. He couldn’t have been a prouder father. His courage and faith in God strengthened over this past year. He was never one to give up when life became difficult and that did not change even with cancer. It symbolized his love for his son, family, and life itself.  He didn’t go down without a fight.

In lieu of flowers, donations to help cover expenses of services can be forwarded to his family at 604 Shoshoni Street, Apt. 409, Cheyenne, Wyoming 82009.

To order memorial trees or send flowers to the family in memory of Cesar "Daniel" Higine, please visit our flower store.