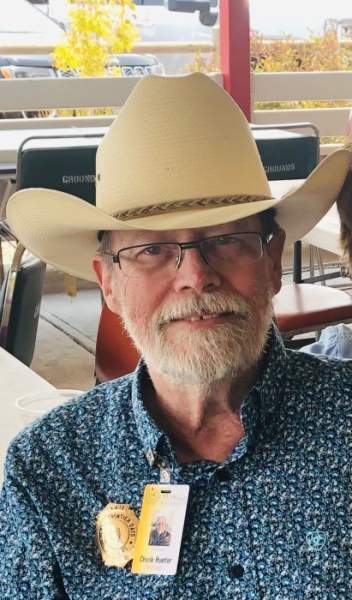 The family moved from Buffalo, Wyoming to Cheyenne, Wyoming in 1949 where he attended school until the family moved to Gillette, Wyoming in 1963. There he graduated from Campbell County High School class of 1966. To earn money to attend college, he worked summers on a surveying crew, which sparked his interest in engineering. He attended the University of Wyoming for several semesters, then decided to enlist in the military (Army medic). After completion of his military service, he returned to the University of Wyoming and achieved a degree in engineering, during which time he also married Cheri Miles, of Marblehead, Massachusetts, whom he met in the military.

His first professional work experience brought him to Utah, employed by Chicago Bridge and Iron, where he achieved his licensed engineer certification. He then returned to Cheyenne to set up his own business, Hunter Engineering. He consulted on a diverse array of engineering projects in the Western United States during his career. After locating to Cheyenne, he subsequently met and later married Julie Hansen while working in Cheyenne. Together, they shared many adventures, and enjoyed varied participation in Cheyenne Frontier Days, from Chuck’s wild horse team participation to support of the ground’s buildings and maintenance needs. After Julie passed away, Chuck found a new joy in his travels with his beloved friend, and in later years, his guardian, Tammy O’Grady.

He is preceded by his parents, Lawrence Jr. and Frances (Thomas) Hunter; his wife, Julie; his step-son, Bobby; and grandson, Allen.

To order memorial trees or send flowers to the family in memory of Charles Hunter, please visit our flower store.