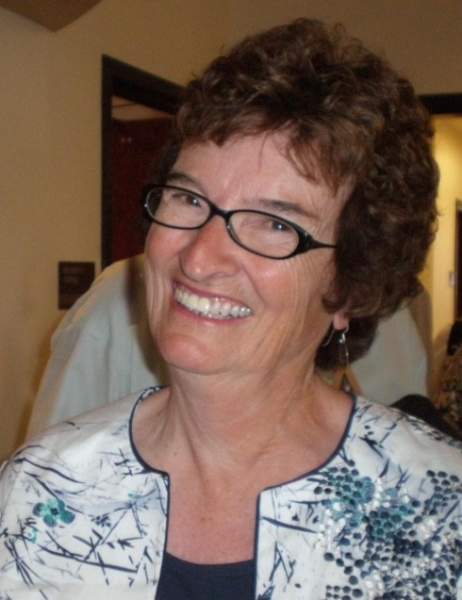 Charlotte “Marie” McDougall, 78, of Cheyenne, Wyoming passed away peacefully at her home on Sunday, July 11, 2021.

Marie was born November 5, 1942 in Saratoga, Wyoming, a daughter of the late Paul and Norinne (Elliott) Hilliard.

Marie was a member of the health care community and a strong advocate for access to healthcare.  She received her Bachelor of Science in Nursing from the University of Wyoming in 1964 and began her commitment to public health in Northern Colorado.  She married Alex McDougall in Saratoga on July 11, 1964 and her family moved several times to pursue her husband’s teaching and coaching career.  They lived in Pine Bluffs, Wyoming; Imperial, Nebraska; Jackson, Wyoming; Lander, Wyoming; and ultimately settled in Thermopolis, Wyoming in 1979.  Her passion for public health continued throughout her life as she served as the County Manager for the Hot Springs County Public Health Nursing Office for over thirty-five years. Marie will be remembered for her tough but kind demeanor, for being a force of goodness in her community, and for her relentless pursuit of a 100% flu vaccination rate in Hot Springs County.

While Marie was passionate about public health, her greatest joy was raising her family and supporting her husband.  Initially a novice sports fan she developed a deep love and appreciation for all sports. She was a loyal and constant support to her husband, his teams and players. When her grandsons were born, she became their greatest champion and fan.

Marie was a literacy advocate.  She was a prolific reader and a strong supporter of public libraries, holding memberships in each of the communities where she lived.  She gardened and bird watched, keeping her binoculars nearby.  Marie also enjoyed Friday night political bantering over a beer but no matter how heated the debate she always left looking forward to a rematch with those who she also considered friends.

She is preceded in death by her parents; her mother and father-in-law, Gladys and “Pee Wee” McDougall; and her loving husband, Alex.  The family finds comfort that Marie joined Alex on what would have been their 57th wedding anniversary.

Condolences may be offered to the family on-line at www.schradercares.com. Donations in her name may be made to the Hot Springs County Library.

To order memorial trees or send flowers to the family in memory of Charlotte "Marie" McDougall, please visit our flower store.