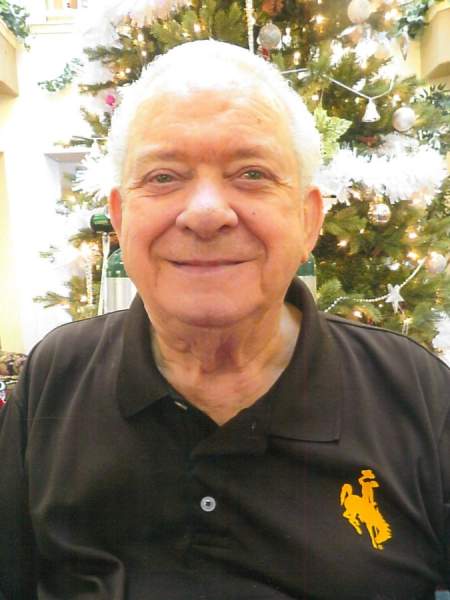 He was born September 7, 1930 in Mullen, NE to Clara E. (Howe) Baldwin and William B. Baldwin.  The family moved from Minitare, NE to Cheyenne in 1943, where Cliff attended Cheyenne High School.  He enlisted in the Naby for four years during the Korean Conflict.

Cliff married Viola “Vi” Mae Zulauf on December 14, 1952 at St. Paul’s Lutheran Church in Cheyenne, and they had three children.  He was employed by Cheyenne Light Fuel and Power Company for 25 years, then transferred to Public Service Company of Colorado for eight years, living in Littleton CO as their Unit Coal Train Supervisor.  He retired from the Public Service Company in 1986, moving back to Cheyenne.  Vi passed away in 2002, 8 weeks short of 50 years of marriage.

Cliff had many friends and was admired for his passion for life.  He enjoyed the outdoors, including fishing, boating, hunting, camping, and golfing, and especially love to dance to country wester music.  He also enjoyed spending time with his family and friends.

Services will be 2:00 p.m. Sunday, January 16, 2022 in the Lakeview Chapel at Schrader, Aragon and Jacoby Funeral Home with a reception to follow in the Schrader Reception Center.  Interment of his urn will be in Cheyenne Memorial Gardens.

To order memorial trees or send flowers to the family in memory of Clifford Baldwin, please visit our flower store.