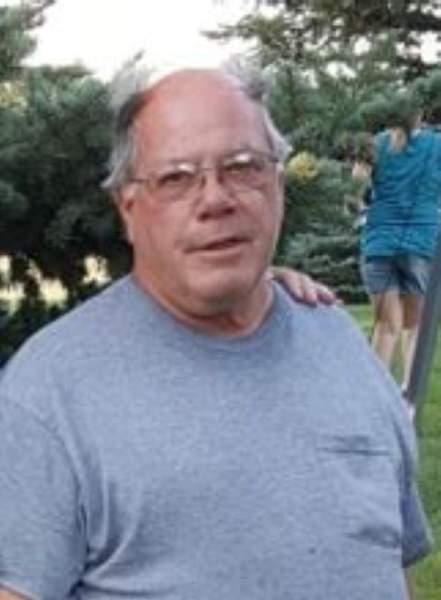 Dale Lewis Owsley, 67, of Cheyenne passed away surrounded by family on February 28, 2021 in Cheyenne.

He was preceded in death by his mother.

Dale had strong hands, a strong heart, and a strong love for his family.  As a loving father, he brought his kids up well.  He was a stranger to no one and would help anyone with anything needed, putting their needs above his.  He was good natured and if you asked him how he was doing, he would tell you, “I’m so good, I can’t believe it!”

In his younger years, he was known for making fast cars go faster, frequenting several popular racing spots; also well known to the law.  If he was on the show, ‘Name That Tune’, he surely would have won, as he could name the song and artist within 3 notes.  He was a great outdoorsman; he enjoyed hunting, fishing, and camping.  He was often the designated camp cook.  His dutch-oven chicken was one of the best, second only to his dad’s.  It was a favorite at family gatherings and a tradition passed down from his grandfather, Shu.  Trains were also a passion he shared with his mother and father.  Working together they built hobby railroads; Dale loved the diesel engines, while his parent’s choice was the steam engine.  Dale and his dad welcomed Big Boy to Cheyenne, both before and after being refurbished.

Dale began his career as an RV Technician at Kelly Trailer Sales in Cheyenne, continuing his training in Bowling Greens, KY, where they offered him a position as an instructor.  He finished his RV career working for Camping World in Golden, CO.  Dale was one of the two Top-Rated RV Technicians in the United States.  He was also a volunteer for the Contract Acts Committee of CFD for several years.  More recently, he was a valuable employee at Menards.

Cremation has taken place under the care of Schrader, Aragon and Jacoby Funeral Home. A Celebration of Dale will take place on Sunday, March 7, 2021, from 12-4 at the home of Craig and Terry Henning.  You are invited to stop in and share your memories of Dale with the family at that time.

To order memorial trees or send flowers to the family in memory of Dale Owsley, please visit our flower store.