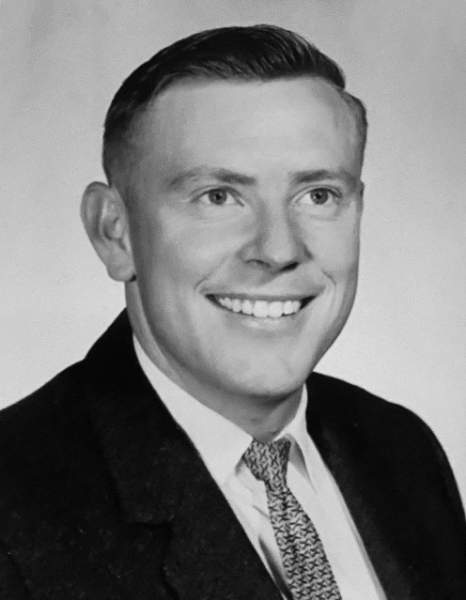 Darrel was born February 10, 1936 in Elm Creek, Nebraska to Virgil and Nina (Franzen) Vogt. In the late 30’s, during the Dust Bowl, Virgil loaded his family, meager belongings and a few potatoes into their 1923 Ford Model T and set off for Wheatland.

Darrel graduated from Wheatland High School in 1954. He then joined the U.S. Navy serving on the U.S.S. Mount Baker where he received a Good Conduct Medal. In 1959 he enrolled at the University of Wyoming and pursued a bachelor’s degree in Electrical Engineering, graduating in 1963.

On July 21, 1961, he married Dorothy Vandiver of Wheatland. They relocated to California where he started his electrical engineering career. In 1967, he relocated his family to Colorado, starting his career with the Federal Aviation Administration, retiring in the early 80’s.

After becoming empty nesters while living in Wheatland, Darrel was employed by Raytheon allowing the couple to take advantage of traveling and living in their motor home while he installed airport electrical systems in various states, including Denver International Airport.

Darrel owned the Model T that carried the Vogt family to Wyoming. He showed the Model T in parades and car shows. Sharing rides was a source of pride second only to his family. Darrel maintained his beloved Model T, refurbished antique John Deere tractors, piloted a Cessna 172, was a licensed ham radio operator and enjoyed cruise ships and Navy reunions with Dorothy. He was a member of First Christian Church in Wheatland where he volunteered maintenance and operated the sound board. He became a member of North Christian Church after moving to Cheyenne in 2013. Most of all, Darrel enjoyed playing along-side his children, granddaughters and great-granddaughters.

The family respected Darrel’s wishes of cremation and no service. The family will celebrate his life at a later date.

Services are under the care of Schrader, Aragon and Jacoby Funeral Home, 2222 Russell Avenue, Cheyenne, WY 82001.

To order memorial trees or send flowers to the family in memory of Darrel Vogt, please visit our flower store.