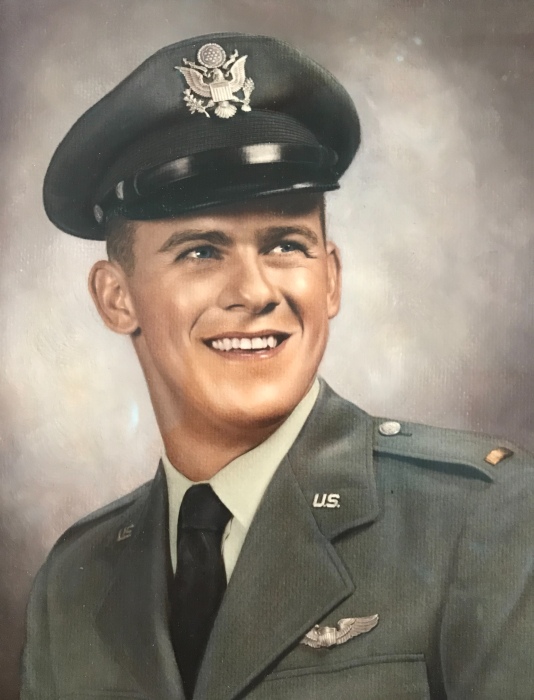 Deacon Alan H. Lancaster, Col., USAF (ret.), 90, completed his earthly journey and returned to God on October 30, 2021 at Cheyenne Regional Medical Center.  He was born May 6, 1931 in Big Rapids, Michigan.  After graduating from high school, he enlisted in the Air Force at the outbreak of the Korean War, beginning 33 years of continuous active service.

Flying was his boyhood dream and he completed pilot training in November, 1954 and went on to fly 14 different types of airplanes, including jet fighters, various trainers and transports, and B-52 bombers with 39 combat missions in Vietnam.  His military service also included both command and staff assignments from squadron level to the Pentagon.

After retiring from the Air Force, he continued as a pilot with Sky Harbor Air Service in Cheyenne, flying small single- and twin- engine aircraft around the Rocky Mountain region.

He married his high school sweetheart, Joan Dunn, on September 19, 1953.  They enjoyed 68 years of marriage, and together they raised five children.

When his flying days were over, he entered into formation and was ordained a permanent deacon at St. Mary’s Cathedral in Cheyenne.  As a deacon he participated in church liturgies, but his ministry was focused on serving both hospital and hospice patients as a chaplain until his retirement.

Wyoming was his home by choice with its beautiful mountains, plenty of wide open and uncrowded spaces, and the clean, fresh high-altitude air.  Fishing and hunting in the mountains were special for him.  His favorite trees were Ponderosa pines, for their scent and the sound of the wind through them, and the delicate aspens, for their spectacular beauty in the autumn.

He was preceded in death by a daughter, Rebecca Joan; his parents, Harry and Marie Lancaster; and a sister, Glenna.

To order memorial trees or send flowers to the family in memory of Deacon Alan Lancaster, please visit our flower store.