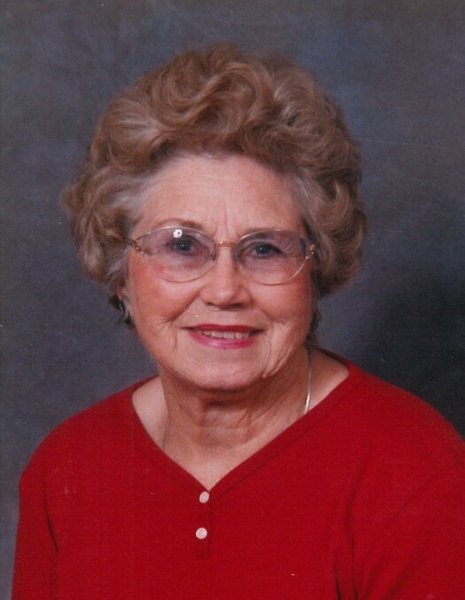 Delores Maxine “Nick” Hockersmith, 91, passed away August 23, 2021 near her home in Pine Bluffs, Wyoming.  She was born at the farm near Grover, Colorado on February 17, 1930. She was baptized and confirmed at Zion Lutheran Church east of Grover, Colorado.

Nick attended one room country schools as a young girl, then later attended Grover High School and Pine Bluffs High School.  She met the love of her life, Jack Hockersmith, at a dance in Pine Bluffs in 1945, and they were married in Kimball, Nebraska on November 6, 1946. After living and farming east of Grover for a few years, they moved the family to Pine Bluffs and made this their home for the rest of their lives.  Jack worked in the harvesting and trucking businesses, while Nick devoted her time to raising their three children, Jackie, Jeanne, and Gail.

Nick was a country girl at heart and loved telling stories about growing up on the prairie, riding her horse to school, milking the cows, attending quilting bees, and socializing with the neighbors. To Nick, a hard worker was someone to admire, and her primary job was to raise the children and be a good homemaker. Her mother had passed away when she was 14 so she learned how to take care of the house and help with the younger siblings.  When Jack operated a harvest crew, she spent at least 40 years taking meals to the harvesters.  She was always willing to fill in as a truck driver whenever needed.

Her greatest joy was her family! She was often found watching grandkids and great-grandkids compete in rodeos, ballgames, and showing animals at the fair. She would tell her favorite stories about them to anyone who would listen!

Nick was a member of Grace English Lutheran Church in Pine Bluffs and the LWML Ladies Society. She was a charter member and remained active in Pine Bluffs Heritage Society for 25 years. She also enjoyed bowling. She was a very good seamstress, but especially enjoyed tending to her yard and flower gardens.  Neighbors rarely drove by that she that she wasn’t found working in the yards!

The family would like to express our gratitude to Paul Gibson, Pine Bluffs Ambulance Service, police officers, and Char Madden of the Laramie County Coroner’s Office for their quick and caring response.

Memorial contributions may be made to Grace English Lutheran Church, Pine Bluffs Ambulance Service, or the Pine Bluffs Heritage Society.

To order memorial trees or send flowers to the family in memory of Delores Hockersmith, please visit our flower store.