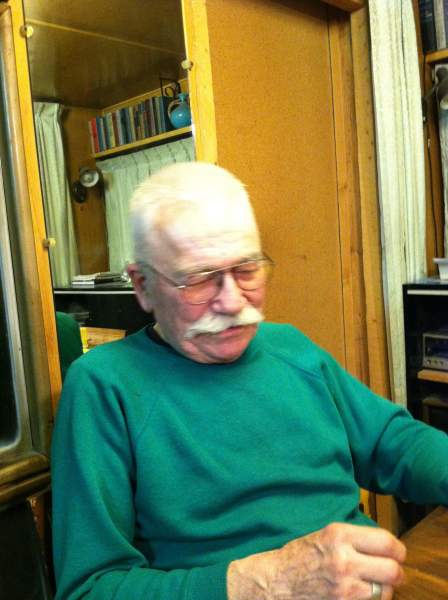 Don Druce 93 died at home in Cheyenne the morning of July 2.

He was born May 24, 1929, in Lansing, Michigan the first born of Charles and Blanche Druce (nee Willford).

The family soon moved to the Carbon County, Wyoming and then to Jackson County, Colorado where both parents had family. Don grew up and attended schools in the area as well as in Cheyenne. When he finished high school, he worked briefly in Cheyenne then worked many different jobs traveling the country from coast to coast. He traveled on his thumb until he could afford a very used Harley Davidson motorcycle. He lingered a little too long in Kirksville, Missouri and ended up married to Gertrude Jones in 1951.

In 1952 their first son John was born. Don was needing a better job than he could find in Missouri so in 1953 the family moved to Cheyenne. He went to work for Buffington Glass Company and worked with them for 19 years. A second son, Kenneth was born soon after arriving in Cheyenne.

Don was a member of the local HAM radio club for several years. In 1966 his sons’ Boy Scout troop 117 was in need of a scoutmaster so he volunteered. That became his hobby for about six years.

When his boys left home Don decided he wanted to do something different, so he opened an auto repair shop in 1972 and ran it for over 20 years. In the 1980’s, Don joined the Fraternal Order of the Moose where he enjoyed many years of comradery and volunteered many hours of his time. In 2020 Don had to leave his home of over 60 years and move in with his son John and his wife, Maria.

He was preceded in death by his wife Gertrude, his only brother, and one son Kenneth.

To order memorial trees or send flowers to the family in memory of Don Druce, please visit our flower store.