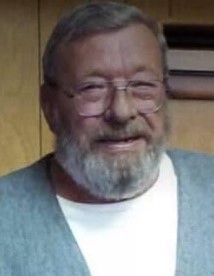 Don was born September 20, 1947 in Torrington, Wyoming, a son of the late Clarence W. and Marjorie I. (Baker) Yorges.

Don served in the United States Navy during the Vietnam War while being stationed in California.  He worked for numerous trucking companies as a truck driver and later as an independent contractor until his retirement.  He was an avid hunter and fisherman and enjoyed fishing with his grandchildren.  He will be remembered as a generous, likeable man who had a unique sense of humor.

He is preceded in death by his parents; wife, Bonnie Yorges; and brother, James Yorges.

A celebration of Don’s life will be held next fall prior to hunting season. Date and time of the celebration will be announced.  Cremation is under the care of Schrader, Aragon and Jacoby Funeral Home.

To order memorial trees or send flowers to the family in memory of Donald Yorges, please visit our flower store.