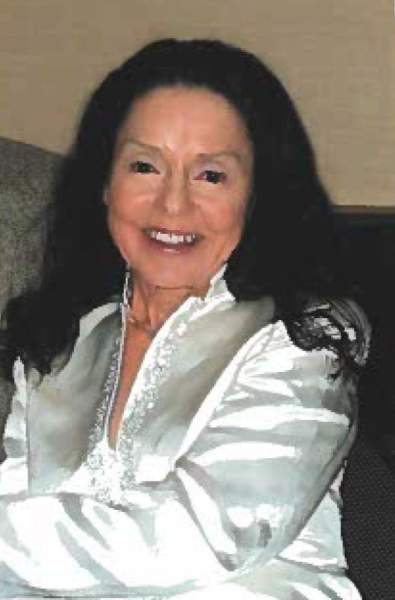 Dorothy Jean Bradley (Slagle), 92, passed away on Sunday, November 7, 2021 in Chandler, Arizona.  She was born November 1, 1929 in Cheyenne, Wyoming, where she resided until the final year of her life when she moved to Arizona be closer to her son.

Dorothy graduated from Cheyenne High School in 1947 where she participated in school musical productions.  Dorothy was a talented violinist often playing for the Governor of Wyoming as a young child.   She was also a great seamstress and sewed many of her clothes and costumes as well as those of her children.  She was often photographed by professional photographers and today, you will see several pictures of her hanging in the Frontier Museum at Lyons Park in Cheyenne.

On July 22, 1946, Dorothy married Richard S. Bradley, Jr and had two children, Kenneth and Kristine.  Once her children graduated from high school, she went back to work at Laramie County Community College as a secretary, where she was employed until retirement.

When Richard passed in 1983 and Kristine in 1985, Dorothy found comfort during this difficult time by doting on her beloved little dog, a Shih Tzu named Cleopatra (Chleo).  Dorothy also focused on her own health and took up running.  Soon she began participating in marathons and traveling to various races around the western United States with Chleo by her side.  Often described as strong willed by her two sisters, she was determined to beat not only her own time from race to race, but her goal was also to win the gold medal in her age group.  In October 2003, she participated in the National Senior Olympic Games where she won two gold medal and became a National Olympic Senior Champion, a title she held in high regard.   In nearly every race Dorothy ran she won gold, silver, or bronze medals including the Cowboy State games and Bolder Boulder 10K races.  A member of Gold’s Gym in Cheyenne, she trained regularly and even taught spinning classes well into her 80’s.  In 2002, Dorothy participated in carrying the Olympic torch to the games held in Salt Lake City.

Dorothy loved traveling within the United States and to other countries.  Accompanying her friend Ray, they visited Yellowstone and backpacked through the Grand Canyon both of which were on her “bucket list.”  Dorothy’s most memorable travels outside of the United States included touring Japan with her niece, Penny, running on Mt. Kilimanjaro while touring Africa, and meeting the Aboriginal People while touring Australia and the Philippines.

Often referred to as a “hip grandmother” by her granddaughter Lisa, the two of them shared a special bond through music and their mutual love of animals of all species and birds.  Dorothy’s music collection spanned a wide range of musical styles including hard rock of the 1980’s and 1990’s and together she and Lisa would often see the rock bands that performed during Cheyenne Frontier Days.

Dorothy is survived by her son, Kenneth (Gerri); granddaughter, Lisa and grand dogs, Gabbie and Jackson; grandsons, Spencer and Mitchell (Su Qi) Bradley; her sisters, Jeanine Bailey and Rosemary Jones and numerous nieces and nephews.  She was preceded in death by her mother, Bertha Slagle; her father, Thomas Slagle; husband, Richard; daughter, Kristine; and brother John as well as the many family pets she loved so dearly.

Services will be 10:00 a.m. Friday, November 19, 2021 at St. Mark’s Episcopal Church with interment to follow in Lakeview Cemetery.

To order memorial trees or send flowers to the family in memory of Dorothy Bradley, please visit our flower store.