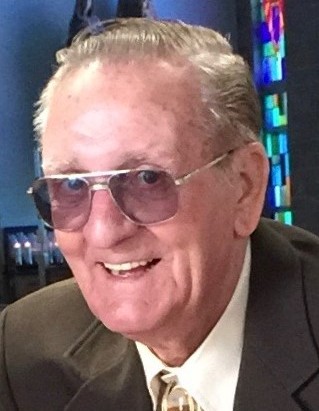 Duane was born June 10, 1929 in Ottertail, Minnesota, a son of the late Victor and Gladys (Lamphere) Cornella.

Duane married Lenore Kravic in Havre, Montana in 1949 and later welcomed a son, Jerry, and daughter, Cheryl.  He then married Shirley Hunter Rodgers in 1956 and welcomed three children, a son, Craig, and two daughters, Tina and Mickie.  He moved from Montana to Sheridan, Wyoming in 1956 and later moved to Thermopolis where he worked for the REA for a few years.  He then transferred to Casper and worked for the REA until 1967.  Duane then moved to Cheyenne and worked for the Bureau of Reclamation until he retired in 1991. He and Shirley enjoyed spending winters in Arizona for a few years where he did rock work and enjoyed making jewelry for the entire family.

He is preceded in death by his wife, Shirley; sons, Jerry and Craig; and daughter, Tina.

Private services will be held at the convenience of the family.  Interment will take place in Olivet Cemetery.

To order memorial trees or send flowers to the family in memory of Duane Cornella, please visit our flower store.