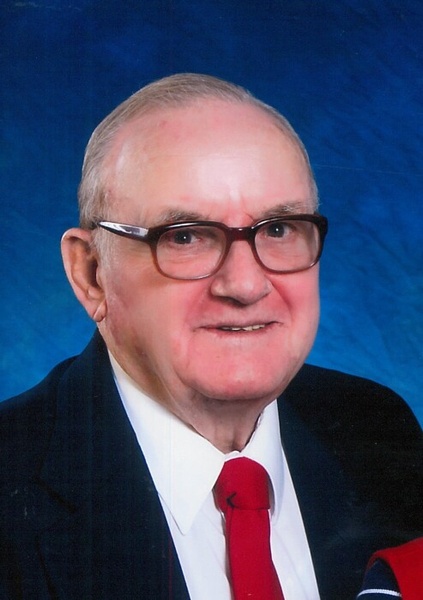 He was born August 29, 1934 in White Earth, ND to Patrick and Marion Reynolds.  He married Ruth Nicodemus on October 9, 1971 in Cheyenne.  He was a veteran of the Korean Conflict and upon his retirement from the US Air Force was an electrical inspector for the State Fire Marshall.  He was a member of First Christian Church, Burns Lodge #41 A.F & A.M., Burns Chapter #47, Order of Eastern Star, and lifetime member of the VFW and DAV.

He was preceded in death by his parents, nine siblings and one son.

Memorial and Masonic services will be 9:30 a.m. Saturday in the Lakeview Chapel at Schrader Aragon and Jacoby Funeral Home.  Interment of his urn will be in Cheyenne Memorial Gardens with military honors.

Memorials may be made to First Christian Church of Cheyenne.

To order memorial trees or send flowers to the family in memory of Earl Reynolds, please visit our flower store.