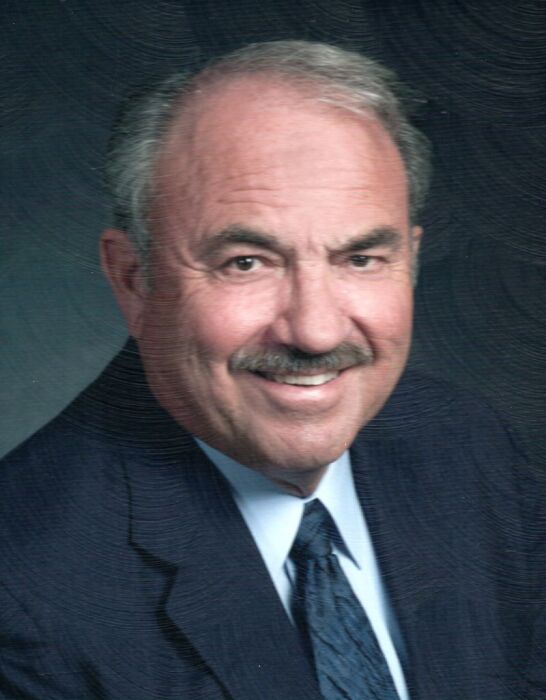 Edward F. (Frank) Gerstenkorn of Cheyenne recently died.  Frank was born to Silverina Quint and Edward John Gerstenkorn only three days before the outbreak of hostilities in World War II.  Growing up during the entire war, Frank was the embodiment of service to his country, his community and his family and his friends.

As native of Dodge City Kansas, Frank had two other brothers, Michael and Robert.  Dodge City was economically depressed at the time and the family moved to California when Frank was 12 years old.

Frank always worked.  In High School he worked at a dairy and later on the Ford assembly line.   Recreation included drag racing, hunting, shooting, and general carousing. But youth passes and Frank joined the Air Force at 18 years old.

After basic training and aircraft mechanic tech school Frank was stationed to Kirtland Airforce Base, in Albuquerque New Mexico. Frank meet Ruth Larson at a military ball, were married in the base chapel. Frank and Ruth’s two children, Edward Vincent and Donna Pauline were born at the base hospital.  The children spent their preschool years on Wheelus Air Force base in Libya, Africa. The family was transferred to Travis Air Force Base near Vacaville, California.  The family remained united in Vacaville until Vince joined the Navy.   Vince is now a nurse at Pointe Frontier here in Cheyenne.  Donna stayed in Vacaville, married James Weaver and had 3 sons, Edward Carl, Corbin and Michael Weaver.  Donna retired as a 911 Dispatcher moving with her husband, James Weaver and oldest son, Carl live in Ronan, Montana.

Service was a part of Frank’s DNA. He served in the US Army, Coast Guard and completed 31 years in the US Air Force, Coast Guard and Army Guard. In 1969 and 1970, Frank completed a combat tour as a flight engineer in Vietnam.  Frank flew in and maintained a C-123 Caribou, taking supplies to outposts and evacuating American soldiers back to safety.  Frank came home without a scratch on his body but was exposed to Agent Orange that ultimately was his demise.

Leaving the Air Force, Frank decided to serve the community as a deputy sheriff in Solano County, California, where he retired. His claim to fame during this time was the design and construction of a new County jail. While serving his community, he started a small business serving the gun enthusiasts by selling and repairing guns. Frank was never sure if he was a part-time businessman and full-time peace officer or the other way around.

Frank was widowed in 2001. Subsequently, he moved to Pueblo, Colorado where he served on the Airport Board. During a meeting, Frank met his second wife, Patrice Gapen of Cheyenne. Frank and Patrice were married in 2008. They operated Guns and Gear in Cheyenne until the onset of Frank’s illness in 2017.

He was predeceased by his parents, brother Robert and nephew Steven.

A memorial of Frank’s life will be on Wednesday, December 1, 2021 at 2:30 p.m.in the Lakeview Chapel at Schrader, Aragon and Jacoby Funeral Home with military honors.

To order memorial trees or send flowers to the family in memory of Edward Gerstenkorn, please visit our flower store.