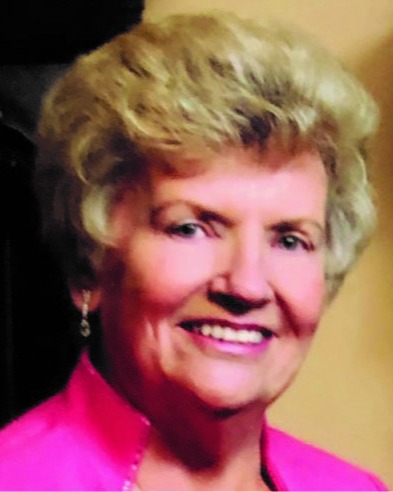 Ernestine “Ernie” Augusta Shriner, 86, of Cheyenne, Wyoming passed away on December 2, 2022 with family around her.  We reminisced about her 66-year marriage with Bob, her three children, seven grandchildren, and six great-grandkids, including all of her accomplishments in helping others.  After a prayer, she took her last breath.

Born June 24, 1936, Ernie grew up in Denver, Colorado, meeting the love of her life, Bob Shriner, in high school.  They married and moved to Cheyenne.  She is survived by Bob; her children and their spouses, Scott (Rochelle) Shriner, Kent (Kari) Shriner, and Crystal (Ken) Burke; her grandkids and their spouses, Lindsey (Joe), Ian (Amanda), Maddi (Jon), Nick (Brianna), Corbin (Tatum), Hunter and Sheyanne; and six great-grandchildren.

Ernie loved gardening, traveling and people.  Her love of travel took her around the world on vacations and business meetings with family, friends and associations.  She was committed to making a difference in Cheyenne and beyond.  She started as a Sunday school teacher, a den Mother, a schoolroom mom, and grew with her abilities to become the Vice President of Action Ads Promotional Products, a member of the CRMC Board of Trustees and the CRMC Foundation.  She enjoyed many social organizations including Job’s Daughters, Eastern Star and PEO.   As a member of the Women’s Civic League of Cheyenne, she served as Club President.  She was also the General Federation of Women’s Club (GFWC) Wyoming State President, and then the GFWC International President from 2004-2006.    We joked that Ernie never attended a meeting that she wouldn’t have preferred to lead.

Ernie battled Alzheimer’s for the past few years.  There are no services planned, though her family will gather for a celebration of life next year.

To order memorial trees or send flowers to the family in memory of Ernestine "Ernie" Augusta Shriner, please visit our flower store.