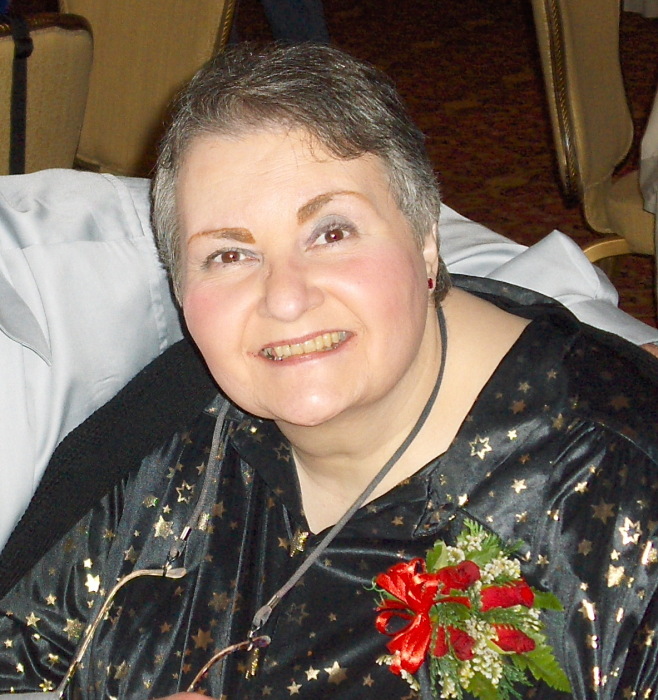 Esther Catherine (Pontillo) Byrne went to be with the Lord on January 6, following a hard fought battle of over 42 years with MS, and finally succumbed to complications from the Corona Virus.

She was born December 12, 1948 in Cheyenne Wyoming to Edward (Rock) and Frances Pontillo and was one of six children. Esther married Kevin Alan Byrne on December 9, 1967 at St. Mary’s Cathedral. They were blessed with 53 years of marriage.

During her working years, she was a Vice President at Unicover Corporation, and received a national award from the American Business Women’s Association for Business Woman of the Year. She left Unicover after 12 years when her MS took a serious turn. She was active in Women’s Aglow as a member, speaker and officer.

She leaves behind her husband Kevin, and a son and daughter-in-law, Dennis and Andrea Byrne. She is also survived by sisters and brothers, Joanne (Denny) Marker, Johnny (Edna) Pontillo, Michelle Clark, Peter Pontillo and Rock (Kelly) Pontillo, along with a multitude of nephews and nieces.

She was a wonderful wife, mother and friend, and was known for being a powerful prayer warrior and witness for the Lord, Jesus Christ. While we mourn our loss, we celebrate that she is in fellowship with her heavenly father. She is once again whole and can run the streets of heaven.

A visitation will be Thursday starting at 1:00 p.m. with the funeral service at 2:00 p.m. at North Christian Church, 2015 Tranquility Road, with the services being livestreamed.  To view the services and sign the guestbook, please go to www.schradercares.com.

In lieu of flowers, donations may be offered in Esther's name to St. Jude's Children's Hospital.

To order memorial trees or send flowers to the family in memory of Esther Byrne, please visit our flower store.