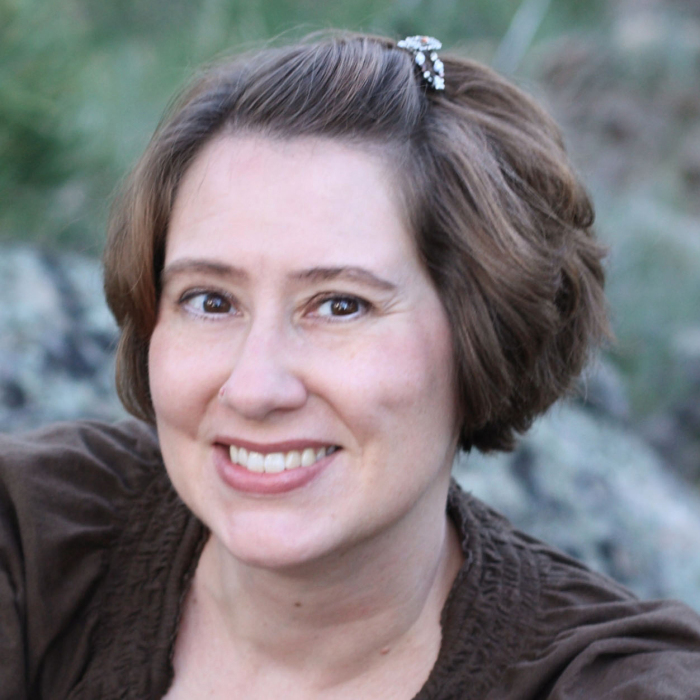 On Tuesday, September 14th, Dell Tunnicliff left this world and went home to her Savior. She is survived by her parents, Beverly and David Ramich; her husband, Ken Tunnicliff; and her six children, Kaira, Kendra, Keianna, Keegan, Kieran, and Kiffanie.

Eva Dell was born on November 28, 1972, to Beverly and David Ramich.  She grew up in Lakewood, Colorado and studied English Education at Colorado Christian University. Even as a young girl she had a passion for books, and usually had one under her desk during classes.

Her future husband literally showed up on her doorstep—and she sent him away. Ken Tunnicliff was with a friend who wanted to borrow Dave Ramich’s VCR player. He was out of town, and as Dell was the only one home, she didn’t lend it to them. After that very 90s introduction, they got to know each other through mutual friends and married on July 22, 1995.

She invested her time in her homeschooling her six children—laboring to instill in them her love for learning. Always the English major, she raised her children on Shakespeare, Austen, Dickens, L’Engle, and Lewis, just to name a few.

She brought her creative spirit to everything she did, from homeschooling and homemaking, to writing and photography. The study chalkboard was always decorated with her beautiful hand-lettering. In all that she did she acted with intention, beauty and grace, striving to live each moment to God’s glory.

Through the eight years of cancer—and six with a terminal diagnosis Dell seized each and every day, pouring out into her children and friends. Often when a caring friend asked with a somber expression how she was doing, she’d answer with a smile about a few of the hundreds of things on her mind. One child’s attitude problem, a homeschooling triumph, a book she’d been reading, or a theological issue she’d been puzzling over. While she faced death with a forthrightness that could shock people, her cancer was rarely the main thing on her mind.

With her characteristic relish for a challenge, she wrote a young-adult Sci-fi novel “No Space Like Home.” Although she’d always been a gifted writer, and blessed many with a blog she kept when her children were young, she loved the intellectual challenge of coming up with an entire world.

Everyone whose lives she touched will miss her sharp wit, warm heart, and wisdom. She epitomized a heart of love towards God and others, and lived the verse, “To live is Christ, to die is gain.”

A Colorado native all the way, she felt most at home in the mountains, sitting beside a chattering mountain stream, surrounded by aspen trees. Possibly with the shouts of six rowdy children joyfully breaking up the tranquility.

She described herself as “excelling at procrastination and irrelevance. I’m woefully lazy but very driven, confident yet tentative, introverted yet outgoing, and straightforwardly circuitous.”

“All their life in this world and all their adventures had only been the cover and the title page: now at last they were beginning Chapter One of the Great Story which no one on earth has read: which goes on forever: in which every chapter is better than the one before.” C.S. Lewis, The Last Battle
So now as she joyfully goes “Further up, and Further in,” those who were honored to call her friend, wife, daughter, or mother, await the wondrous day when we’ll join our voices again in praising the King.

In lieu of flowers, donations may be made to either www.compassionforcongo.org or LifeChoice Pregnancy Care Center.

A funeral service will be held at 10 a.m. Wednesday September 22, 2021 at Northwoods Presbyterian Church.

To order memorial trees or send flowers to the family in memory of Eva Tunnicliff, please visit our flower store.