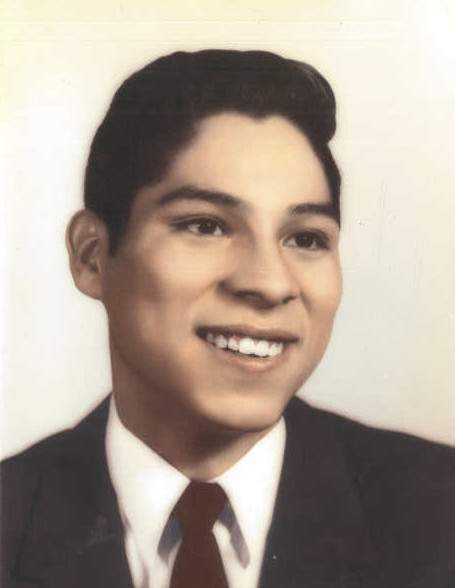 He was born on May 28, 1938, in Lyman NE to Frank and Fidela Zamora. He married the love of his life, Shirley Vallejo, on September 20th, 1969, and was happily married for 49 years before she was called home in 2018. They settled in Cheyenne WY and raised two children, Melissa and Eric, and the four of them were never far apart.

Fidel was a quiet and strong, brave and courageous - he fought to the very end.  Never quick to anger, but always willing to defend those he loved. He had a contagious smile and laugh. After many years, Fidel retired from the Union Pacific Railroad where he was a dedicated Carman.  He also served our country in the Army.  In retirement, he enjoyed gardening, traveling and spending time with his family. He was hard working and giving and no one in his immediate family ever felt bereft of anything.

An avid sports fan, Fidel could often be found cheering on his beloved Cowboys, Broncos, Rockies, Nuggets or (recently) Avalanche teams. Ever the fan, he never waivered in his love of his teams whether it be a winning season or the worst of slumps.

He is proceeding in death by his Wife, Shirley Zamora; his Grandson, Gabriel Christian; his Parents Frank and Fidelia Zamora; Brothers, Larry and Manual Zamora, and Sisters Gloria Chavez and Frances Martinez.

A vigil for the deceased will be held Friday June 10th at 6:30 p.m. in Lakeview Chapel at Schrader, Aragon and Jacoby Funeral Home. A funeral liturgy will be held June 11th at 11 a.m. in St. Mary’s Cathedral.

Services are under the care of Schrader, Aragon, and Jacoby Funeral Home.

We are better because of him, and he will be dearly missed.

To order memorial trees or send flowers to the family in memory of Fidel Zamora, please visit our flower store.