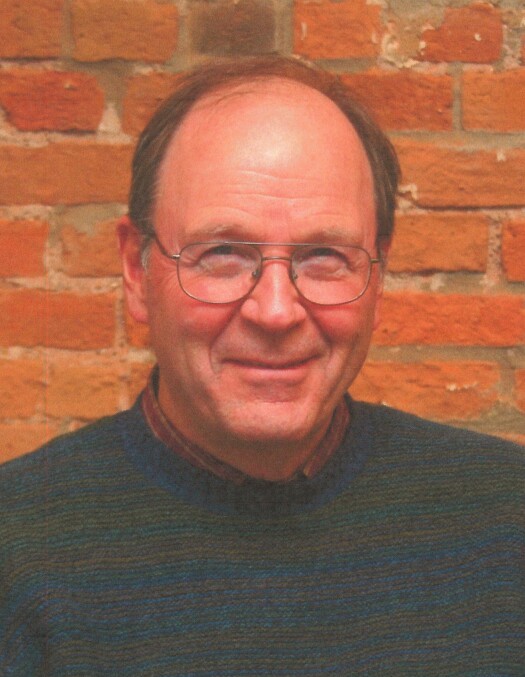 Gary Duane Long, 77, of Cheyenne, Wyoming died on June 23, 2021 after accelerated advancement of cancer, for which he had been receiving treatment for many years. He died quietly and with dignity at home, surrounded by the love of his family. A memorial service will be celebrated on Sunday, September 19, 2021 at 11:00 a.m. at the Kiwanis Community House in Cheyenne.

Gary was born on October 10, 1943 in Denver, Colorado to Alice (Straight) and Elmer Long, who along with his elder brother, Gale Long, predeceased him. He is survived by Mary-Dell (Clark) Long, his wife of nearly 52 years; his sister, Barbara (Harry) Burback of Sioux Falls, SD; his children, Alicia (Erik) Larson of Tucson, AZ and Brooke Long of Portland, OR; his grandchildren, Lillian Long and Sadie Larson; step-granddaughter, Rainbeau Coward; and many nieces and nephews.

Gary was raised in Casper, Wyoming. He attended Garfield Elementary, Dean Morgan Junior High, and Natrona County High School (Class of 1961). He graduated from Casper College and began classes at the University of Wyoming. Gary was drafted into the United States Army in 1966 after a winter ski season carried more appeal than final exams. Fortune took him to Stuttgart, Germany where he honed an already keen interest in mountaineering, climbing, skiing, and exploring western Europe. After his honorable discharge, he returned to the University of Wyoming in the fall of 1968. He and Mary-Dell met soon after and were married on August 30, 1969. Gary earned a degree in Geography and Recreation and in 1974 accepted a position as an Outdoor Recreation Planner with the Bureau of Land Management. During his 33-year career with the Bureau, he worked in field offices in Rawlins, Casper, and Lander, Wyoming, the district office in Anchorage, Alaska, and the Wyoming State office in Cheyenne. The passion of his working life was to facilitate open and appropriate recreation access to public lands for users of every pursuit. He delighted in his involvement in the establishment of the National Historic Trails Interpretive Center in Casper and the National Bighorn Sheep Center in Dubois, the Martin’s Cove Mormon Trail Site, his work with the rock-climbing community in Lander, close partnership with the National Outdoor Leadership School in Lander that led to his certification as a Leave No Trace instructor, and countless other investments in the conservation and preservation of outdoor recreation in Wyoming and the western United States. Following his retirement from the BLM in 2007, he worked as a visual resource management consultant involved in mitigating the impact of gas exploration in western Wyoming and Colorado.

Far from being a man devoted only to his work, Gary had an eclectic range of hobbies throughout his life. He began climbing and mountaineering in the early 1960s, a passion he carried well into his seventies and which he passed along to his children and grandchildren. He stood atop the summits of high places on three continents, including Mont Blanc, Monte Rosa, and the Matterhorn in the European Alps; Nevado Chinchey in Peru; Shiprock in New Mexico; and major summits in the Tetons, Wind Rivers, and Big Horns. He treasured opportunities to backpack in the Wind River Range and the deserts of Utah. He joined the Running of the Bulls in Pamplona, Spain in 1967. In the 1970s and 80s, he discovered the lore of the Mountain Man and participated in many fur rendezvous reenactment festivals. Gary was a dedicated fly fisherman, always eager to hike through deep brush to cast a line into some promising hole. He hunted elk with friends in the Wind River Range every October for many years. His experiences working with the LDS Church led to interest an in the Mormon handcart period of westward migration and authorship of the book, “The Journey of the James G. Willie Handcart Company, 1856.” He built fine hardwood furniture and crafted beautiful and functional stoneware pottery pieces and renovated or built every home he and his family occupied. Gary and Mary-Dell enjoyed domestic and international travel.  In recent years, they made several trips to Ireland, Scotland and England. Above all, he remained a true kid at heart and never quit playing with cars, and through the years crafted classic Ford vehicles of the 1920s, ‘30s and ‘40s into beautiful street rods. He was a member of the Southern California Timing Association and served as a safety inspector at Speed Week at the Bonneville Salt Flats for many years. His friendships with folks from each of these varied circles remain vital and important for our entire family.

More than anything in his fascinating life, Gary loved and cherished his family. His love for us and for his many friends will buoy our spirits in this sad time. We would like to extend heartfelt appreciation to the medical community in Cheyenne for the wonderful care Gary received over these nearly ten years of cancer care, as well as the staff of CRMC/Davis Hospice.

In lieu of flowers, Gary’s family asks that donations be made to Grand Staircase Escalante Partners, the National Historic Trails Interpretive Center, or the National Bighorn Sheep Center, and that you all take a moment to appreciate the majesty of America’s Public Lands.

Services are entrusted to Schrader, Aragon and Jacoby Funeral Home, 2222 Russell Avenue, Cheyenne, Wyoming 82001.  Condolences may be offered to the family on-line at www.schardercares.com.

To order memorial trees or send flowers to the family in memory of Gary Long, please visit our flower store.