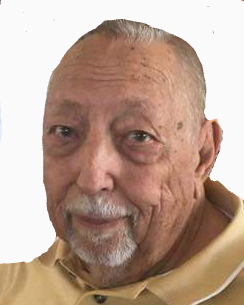 He graduated from Douglas High School (WY) and attended the University of Wyoming before joining  the United States Navy in 1956 where he trained as a pilot in Pensacola, FL, then transferred to the US Marine Corp in 1958, and was stationed at Marine Corps Air Station in Tustin, CA, where he flew F9's.  While in the Navy he married his wife, Paula, with whom he had two daughters. After 4 years of service, Jerry moved his family to Cheyenne, WY where he worked for the State of Wyoming, Department of Transportation, in Bridge Design for 30 years.

Jerry was a long time member of the Municipal Golf Course and The Elks Lodge. He also enjoyed many years of participating in Pool , Billiard, Bowling, and Bridge Leagues, and loved his weekly poker and golf games. He loved snow birding to the Roadrunner Resort in Scottsdale, Arizona for many years.

He was "All That" and so much more, he was GREAT!

A celebration of life will be held at a later date.

To order memorial trees or send flowers to the family in memory of Gerald Eugene Svoboda, please visit our flower store.