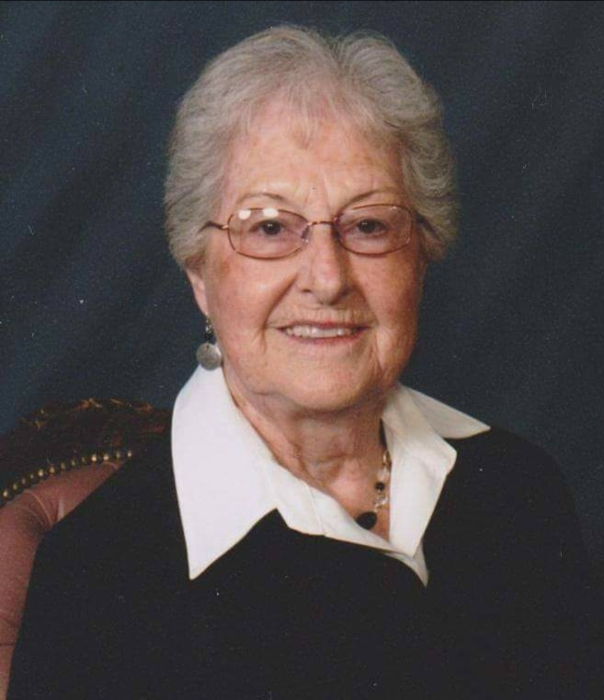 She was born March 29, 1924 in Charles City, Iowa to Etta and Wesley Koehler.  She was united in marriage to Robert Dancliff at Clovis, New Mexico in 1944 during World War II. Later, they resided in Nora Springs, Iowa.  She has lived in Cheyenne since 1975.

She was a member of the First United Methodist Church and a 50-year member of the United Methodist Women and the American Legion Auxiliary.  She volunteered for Meals on Wheels, Laramie County Memorial Hospital, and the Old West Museum.  In earlier years, she taught Sunday school, was a Brownie Scout leader and a Cub Scout Den Mother.  She enjoyed flower gardening, reading, sewing, cooking, and baking.  She thoroughly enjoyed and loved her family and friends and her dear grand dogs.

She was preceded in death by her husband, Robert Dancliff, parents, and 2 sisters and 5 brothers.

Cremation has taken place and services will be 11:00 a.m. Friday, April 23, 2021 at First United Methodist Church.

Services will also be held at a later date in Nora Springs, Iowa where Geri will be laid to rest with her husband, Bob.

Those who wish may contribute to the Cheyenne Animal Shelter or Black Dog Animal Rescue.

“The Universe is shaking when Mothers leave this world; for they establish the order of things and keep everything in balance!” May her Memory Be Eternal

To order memorial trees or send flowers to the family in memory of Geraldine Dancliff, please visit our flower store.