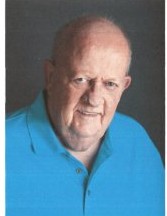 Gilbert L. “Gib” Miller was born in Crawfordsville, Indiana on January 6, 1947, to Lester Clarence Edwards and Martha Lyle Grandstaff and given the name Randolph Scott Edwards. He and his half-brother, John Wayne Black, were removed from Martha’s care and placed in an orphanage in Crawfordsville. Gib was adopted at the age of nine months by Alfred G. Miller and Audrey Kathleen Messel Miller and his name was legally changed to Gilbert Lee Miller. Gib always said he could never have asked for more loving and caring parents and that there was no one in the world more lucky then he was to have been chosen by the Millers. He was given unconditional love and a wonderful home. They moved into the house on Niblack Road in the 1950’s and it remained his home. He was involved in Boy Scouts and became an Eagle Scout, played baseball, squirrel hunting, go carts, and most of all fishing. Gib attended Catholic schools and graduated from Central Catholic High School in 1965. He joined the United States Air Force the summer after graduation and made it a 25 year career. During his time in the Air Force, he worked as an inventory specialist, air traffic controller, substance abuse counselor, facility manager, and retired as a First Sergeant.

Gib met his beloved wife, Roxanne H. Faught, at a USO Valentine’s Day dance at Fairchild Air Force Base, Washington. Gib and Roxie were married on October 29, 1966. Their son, Eric Scott Miller was born at Tyndall Air Force Base, Florida in 1969. They moved extensively to bases stateside and Gib served in Vietnam from 1967 to 1968, he also served in Thailand and Alaska. Alaska was made a stateside base while he was there. After retiring he stayed in Cheyenne and worked for Frontier Refinery, Sutherlands and Laramie County School District #1 as a school bus driver. He always said he saved the best job for last.

He was a NASCAR fan and did get to attend the Brickyard 400. He enjoyed fishing and he and Roxie enjoyed their motor home travels.

Cremation has taken place. A remembrance will be held at a later date. Memorials may be made to Wounded Warriors.

We will miss his smile, laughter and sense of humor. You are so loved. Go fishing and catch one for us.

To order memorial trees or send flowers to the family in memory of Gilbert "Gib" Miller, please visit our flower store.