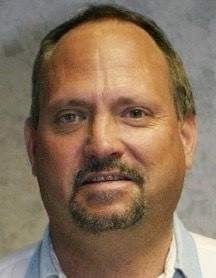 Greg was born on January 15, 1961 in Laramie, Wyoming to Hope Haskins Esp and LeRoy Esp. Greg was raised in Laramie and graduated from Laramie High School in 1979.

After graduation Greg married his former wife, Linda Esp Yetter. At this time, he began a career working at Burman Chevrolet in Laramie, Wyoming and continued his career in the automobile repair and sales industry for many years after a move to Cheyenne to work for Tyrrell-Doyle Chevrolet. During this time he was an avid fisherman and outdoorsman and a huge Minnesota Vikings football fan. After many years in the automobile industry, Greg began working as a bartender and caretaker at The Crown Bar in Cheyenne.  Crown customers remember him as a humorous individual with a penchant for Hawaiian shirts and joke telling. Greg was an avid reader with an incredible mind for detail and history and his siblings often believed he would make an exceptional “Jeopardy” contestant. Greg was a longtime volunteer of the Cheyenne Frontier Days Contestants Committee and a proud member of the HEELS organization. He also had a passion for helping those in need, particularly the homeless population in Cheyenne.

Greg was preceded in death by his father, Irvin LeRoy Esp. He is survived by his mother, Hope; his son, Michael (Jennifer); his son, Tyler (Melanie); his siblings, William Esp and Susan Esp (Lee Liberty); his nephew, Wyatt Esp; his niece, Kennis Liberty; and his three grandchildren, Liam, Ellie and Audrey.

As requested, Greg was cremated. The family will be holding a memorial service in the future for close friends and family.  If you would like to honor Greg’s passing, his family asks that you donate to the Cheyenne Comea Shelter.

To order memorial trees or send flowers to the family in memory of Gregory Esp, please visit our flower store.