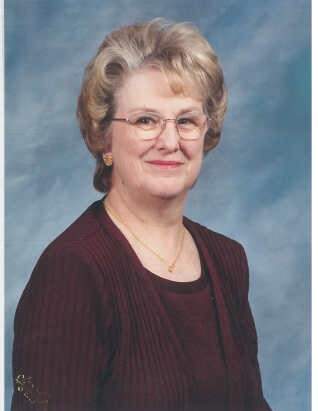 Gretchen Ruth Culpepper, 81, of Cheyenne was gathered into the arms of her Savior on January 29, 2022, after a lengthy battle with dementia. She was born July 28, 1940, to James Clark and Lena Taylor in Cheyenne. She graduated from Cheyenne High in 1960 and married Daniel Culpepper on September 7, 1960 in Cheyenne, WY. They served in the U.S. Navy in Alaska and California where they resided until 1972 then moving to Casper, Wyoming. Two daughters, Crystal Joy and Dawn LeAnn were born to this union.  They later divorced and Gretchen moved to Cheyenne in 2000 to be closer to family.  She provided daycare to many children in Casper. After moving to Cheyenne, she was a senior companion to many.

She is preceded in death by her parents, brother, and former husband. She is survived by her sister, Martha (Larry) Wall; daughters, Crystal Culpepper and Dawn (Darryl) Cameron; granddaughters, Kathryn (Joshua) Warren, Kayla (Chris) Nadon, Taylor Culpepper; great-grandchildren, Joshua and Jacobi; and many nieces and nephews.

Services are under the care of Schrader, Aragon and Jacoby Funeral Home, located at 2222 Russell Avenue, Cheyenne, WY 82001.

To order memorial trees or send flowers to the family in memory of Gretchen Culpepper, please visit our flower store.

SonRise Church of the Nazarene