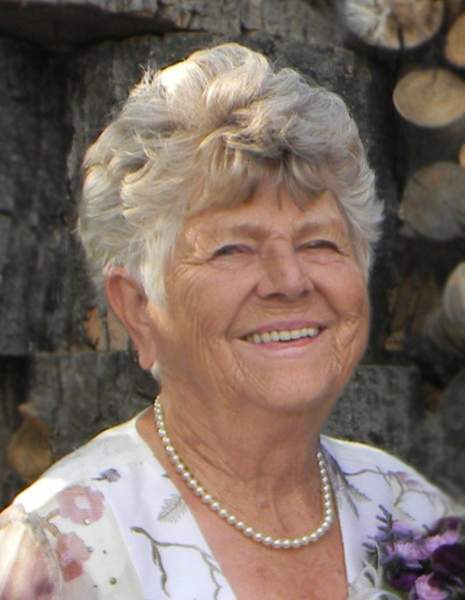 Hulda “Martha” Jankovsky (née Westman) passed away April 15, 2022 on her 93rd birthday after a brief illness.

Martha was born April 15, 1929 to Swedish immigrants, Peter and Anna Westman, on the family homestead near Burris, Wyoming.  Martha and her seven siblings were raised on the banks of the Wind River and had tales of exploring the Dubois Badlands, interacting with the tie hacks, the one room Connell School, and a subsistence lifestyle raising and selling turkeys, potatoes, and other farm products.

Martha graduated from Lander High School and was approached by the Superintendent of Schools to teach school at South Pass City for the winter term at age 17.  The ride to her teaching assignment was via the mail route. She rode by mail truck to Atlantic City, then by horse drawn sled to South Pass City under a buffalo robe. She lived with the Sherlock family during her tenure. This job provided her with money to attend the University of Wyoming to pursue her Normal Teaching Degree.  Upon graduation, Martha was hired as a teacher at McFadden, Wyoming where she began lifelong friendships in the Rock Creek Valley.

On June 3, 1951, she married local rancher James J. Jankovsky and they began their life together at the Cooper Cove Ranch.  For Martha and Jim, ranch life revolved around supporting each other to build a successful livestock operation.  Summer on the ranch found Martha tending a garden,  preparing bountiful meals and keeping haying crews, consisting of her favorite teenage nephews, out of mischief. Neighbors often pitched in and were usually treated to a great meal or an outing which often involved fishing or wildflower viewing.  In 1955, Martha and Jim purchased and moved to a ranch in the Rock Creek Valley where she and her family lived until 1985. In 1985, Martha and Jim returned to reside full time at the Cooper Cove Ranch. She was able to live in her beloved log home in the mountains until her passing, which was facilitated by the daily check-ins, ranch outings and care from her son, Jim.

Martha served as a mentor to 4-Hers for over twenty years in the valley and north Albany County as the leader of the Rock Creek Valley 4-H Club. She was a core member of Saint Mary’s of the Plains Episcopal Church and was active in state activities hosted by the church. Martha was a member of the Rock River School Board, substituted at the Rock River School, and she stayed active in her children's education.

If you stopped by Martha’s home and the wind was calm and the sun was shining, you would find her in her flower and vegetable gardens.  Her gardens were admired by family and friends who understood the  challenges of gardening on the Wyoming high plains.

Martha’s greatest pride was her children, grandchildren and great-grandchildren whose lives are richer because of always being able to go home to mom’s or grandma’s house, her support of their schooling, her sharing of skills, her wise words, and her lifelong letter writing.

Her family will hold a memorial service at 1:00 p.m. on Saturday, April 23, 2022 at Saint Matthews Episcopal Cathedral in Laramie, Wyoming with inurnment to follow. Friends and family are invited to a reception at the Cathedral Undercroft following the services.

Memorial contributions may be made to the Rock River School Scholarship Fund, Ivinson Memorial Hospital Foundation, or the charity of your choice.

Cremation is under the care of Schrader, Aragon and Jacoby Funeral Home, 2222 Russell Avenue, Cheyenne, Wyoming 82001. To send condolences or sign the on-line guest book, go to www.schradercares.com.

To order memorial trees or send flowers to the family in memory of Hulda "Martha" Jankovsky, please visit our flower store.