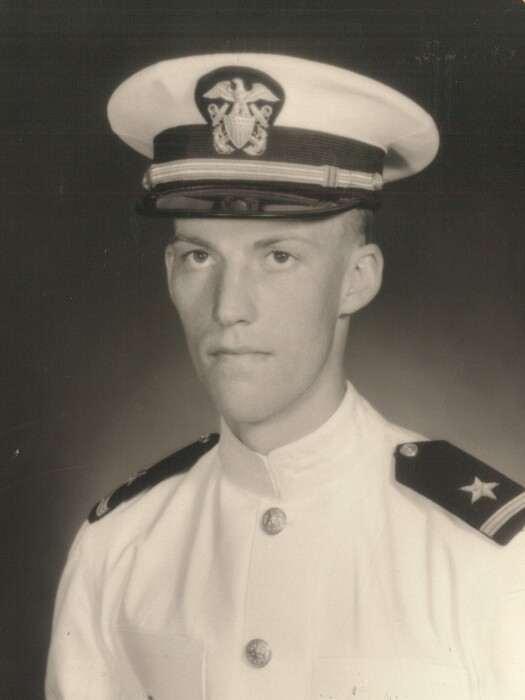 Jack was given life by his Creator and was born August 29, 1933 to Carl and Annetta Russell James. As an infant he was given the gift of Holy Baptism. He confessed his faith and his soul is now in Heaven. Jack passed of heart failure at Davis Hospice Center.

Jack graduated from Cheyenne High School and the University of Wyoming with a degree in Journalism and Public Relations. When he was drafted he joined the Navy and was honorably discharged with the rank of 1st Lieutenant.

He loved telling stories about his Navy days. The highlight for him was being out on the ocean at night and marveling at the beautiful sky and stars. It was a story he told over and over.

Jack retired from DOT formally known as The Wyoming Highway Department as Personnel Director. He lived a full life refereeing high school basketball games and traveling with friends to out of state bowling and golf tournaments.

Among his other journeys he traveled to Europe several times with his good friend Jim Roehr. This was another highlight of storytelling.

Jack was preceded in death by his father, Carl; mother, Annetta; and brother-in-law, Bernie Finch; plus numerous aunts, uncles and cousins.

Jack is survived by his sister Sue James Finch who most recently lost her husband, Bernie.

This was a brother who was unselfish and loving to me to the end. He will be greatly missed.

Those who wish may contribute to Our Savior Lutheran Church at 5101 Dell Range Blvd., Cheyenne, WY, 82001.

Cremation and services are under the care of Schrader, Aragon and Jacoby Funeral Home.

To order memorial trees or send flowers to the family in memory of Jack Russell, please visit our flower store.