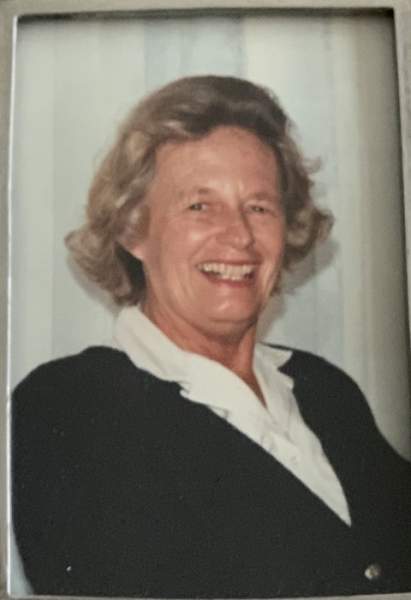 She was born Jan. 4, 1924, at Fort Benjamin Harrison, Ind., daughter of Col. Howard Waite Brimmer and Jacklyn Hero Brimmer. As an “Army brat,” Jackie attended schools throughout the United States and the Philippines and graduated from Smith College, Northampton, Mass., with a B. A. in English.

After the end of World War II, Col. Brimmer was assigned to duty at Francis E. Warren Air Force Base. While living there Jackie fell in love with Robert “Bob” Boice, co-owner of the P.O. Ranch north of Cheyenne. They were soon married and raised their three children, Jacklyn, Mary and Bob, on the ranch and enjoyed 45 happy years together.

The Boice family was deeply involved with Cheyenne Frontier Days. Jackie became a member of the “W-heels” organization and worked with the old carriage section of the Frontier Days Parade for more than 50 years.

Jackie was also very interested in politics. She campaigned avidly for candidates in the Republican Party and served as assistant chief clerk in the Wyoming State Senate for almost 30 years. In addition, she was a long-time member of P.E.O. Chapter C, Questers, Blue Stockings and Colonial Dames. Jackie and Bob loved to travel and took many wonderful trips around the world, but were always glad to return to Wyoming.

She enjoyed golf, tennis, playing Mah Jongg, attending the symphony, having weekly Friday luncheons with long-time friends and reading. Books were her favorite gift that she was able to enjoy to the end of her life. She looked forward to every episode of “Jeopardy” where she excelled in the Military History and Literature categories.

Jackie was a devoted wife and mother and a loyal friend. As an only child, she was independent and clear-eyed in her beliefs and convictions about how things should be done.

She was preceded in death by her husband, Bob, and her parents. She is survived by her three children, Jacklyn Boice of Fredericksburg, Va., Mary Read (Ross) of Milwaukee and Robert Boice of Cheyenne; a granddaughter, Marion Read, of Chicago; a grandson, George Read (Cecily) of Denver; two great-grandchildren, Charlie and Poppy Read; and many Brimmer cousins.

She was a member of St. Mark’s Church and requested a private burial.

In lieu of flowers, memorial gifts may be made to the Cheyenne Botanic Gardens and the Cheyenne Frontier Days Old West Museum.

Services are under the care of Schrader, Aragon and Jacoby Funeral Home, 2222 Russell Ave., Cheyenne, WY. and condolences may be offered at www.schradercares.com.

To order memorial trees or send flowers to the family in memory of Jacqueline Boice, please visit our flower store.