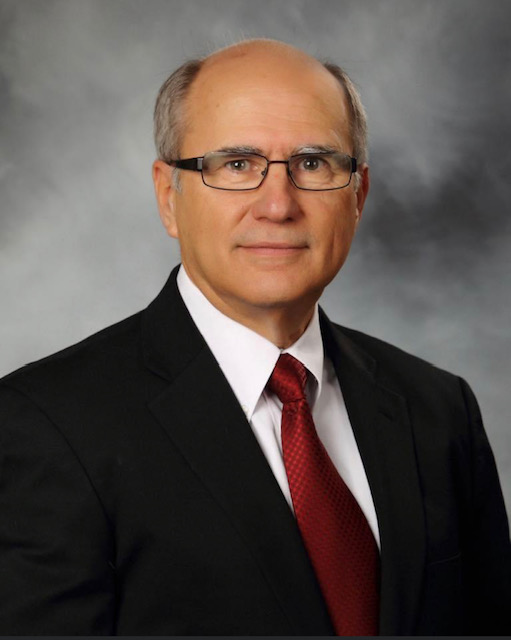 He was born January 16, 1951 in Baytown, TX to James Lemuel and Ola Buadda Creel and immediately became his dad’s little “Buddy.” When Buddy was just 5 years old his mother, Buadda, lost her battle with breast cancer and passed away in November of 1957. November of 1963 Buddy’s dad married Anniedeen Bateman, who fulfilled the loving role of his mother until her death in November of 2019. Buddy graduated from Ross S. Sterling High School in 1969 and attended Lee College as an accounting major. James L. and Anniedeen relocated to Casper, WY to accept the pastorate of the United Pentecostal Church in September of 1971. Buddy was employed by Bayshore Motors in April of 1972 when he met Jeannie Wendell at a Mission’s conference at Peace Tabernacle in Baytown, TX. After a whirlwind courtship and engagement, they were married just 8 months later on December 22, 1972 at Peace Tabernacle.  In April of 1973, Buddy and Jeannie moved to Casper, WY to assist Buddy’s parents with the church. In July 1973, Buddy and his dad purchased City Yellow Cab of Casper. Later they purchased Sinclair Smart Stop. Melissa Jeane was born August 21, 1974 and just 18 months later Teresa Michelle was born on March 9, 1976. Buddy continued managing the cab company and gas station. He eventually added Mountain States Placement Services to his growing portfolio of businesses. On February 21, 1979 a bouncing baby boy, James Wright Creel II, joined the family. After selling the cab company and gas station, Buddy’s focus turned to the employment and secretarial services of MSPS. Their family continued to grow when Meghan Elisabeth was born October 24, 1983. The decline in economy forced the closing of MSPS and soon Buddy joined the sales force at Blue Cross Blue Shield of Wyoming where he advanced to Regional Sales Manager and eventually Chief Marketing Executive. In 1992 Buddy and Jeannie were surprised to find they would be adding another baby boy to their already bustling family. May 17, 1992 blessed Buddy and Jeannie with their 5th child, Noah Alexander. With their family complete Buddy and Jeannie’s lives were centered around the little white church on the corner of 12th and Washington. In March of 2011 Buddy and Jeannie transferred to Cheyenne, WY, the home offices of BCBS. Abundant Life Tabernacle in Johnstown, CO became their new home church where they were active in the music, Care Group, and AV/media ministry. In April 2015 Buddy or, Jim as he was known in the workplace, retired after 28 years of service with BCBS, but BCBS was never far from his heart or mind. Many friendships were formed over the years and lasting memories made with his BCBS family. After two months of “retirement” Buddy purchased a Farmers Agency which became the Jim Creel Agency, a position he enjoyed until his death. September 10, 2017 Buddy collapsed in his home due to a cardiac event. Noah performed CPR for 8 minutes and after a brief stay at the hospital Buddy fully recovered. God gave him 3 more wonderful years to make memories with his precious family. Buddy was a kind, gentle, good natured man who led by example and taught his children a strong work ethic. His life centered around God, the church, The Word and his family. Buddy enjoyed anything “family.” He loved camping with his family in the beautiful State of Wyoming that he loved so much, especially if it involved “wetting a hook.”

Buddy was loved deeply by his wife, children, grandchildren, siblings, and anyone who was privileged to know him.

He was preceded in death by his parents, James, Buadda and Anniedeen Creel.

Visitation will be Saturday 10:00 a.m. -Noon at Schrader, Aragon, and Jacoby Funeral Home.  Pastor Dieter Skowran of Abundant Life Tabernacle and longtime family friend, Rev. Eugene Guerrero of Salt Lake City, UT will officiate the private family service at 1:00 p.m. The service will be livestreamed at www.schradercares.com.  Monday December 21, 2020 at 1:00 p.m. Buddy will be laid to rest at Highlands Cemetery in Casper, WY. We invite you to be present with us as you remain in your vehicle.

To order memorial trees or send flowers to the family in memory of James Creel, please visit our flower store.